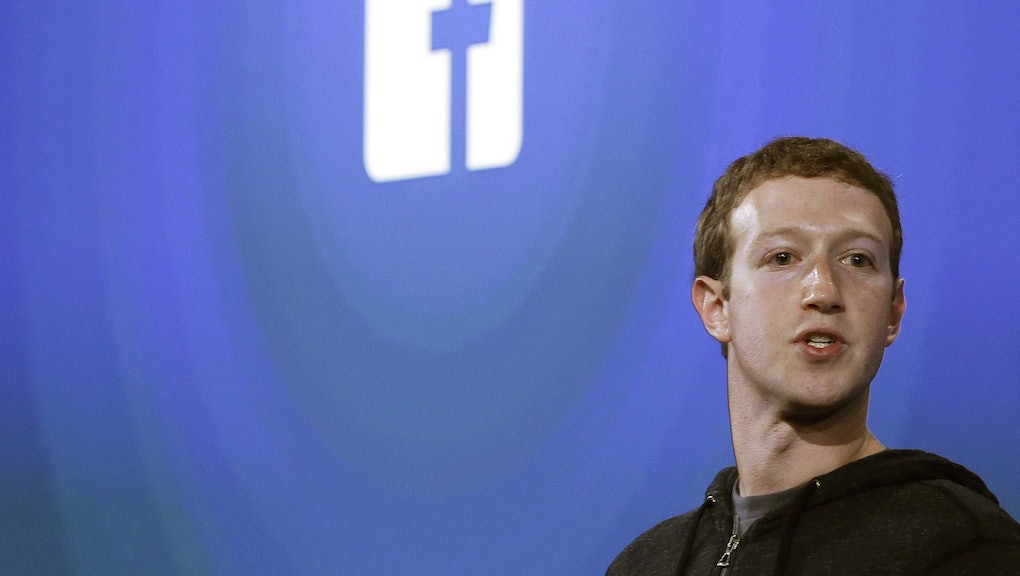 Tuesday marks the 10-year anniversary of the founding of Facebook. The social networking service started out as a more exclusive version of MySpace and turned into one of the world's largest tech/social companies with 1.23 billion monthly users. While the company has had its ups and downs, the ups have far outweighed the downs and now the company is worth around $135 billion and Zuckerberg has a personal net worth around $24 billion.

So how does a company like Facbook grow so efficiently and quickly? (Facebook is on track to become the fastest company in history to be worth $150 billion.) Though the man in the jeans and hoody has been called a bit of an enigma, Mark Zuckberg, the co-founder and CEO of Facebook, Inc., must be doing something right. Scratch that: he is definitely doing a lot right.

When Facebook went public in 2012, hundred of investors were wooed by the company's incredible growth and earnings, but some were concerned about the little-known habits of the CEO. Right around then, a 2010 internal memo called "Working with Zuck" written by Facebook engineer Andrew Bosworth started circulating the internet that gave outsiders a better sense of the Zuck.

The memo was broken down into four key points:

The memo also notes that Zuckerberg has an exceptional ability to ignore his previous success and approach each new project with a fresh set of eyes. Especially in such a fast moving industry, success yesterday does not equal success today or tomorrow.

Zuckerberg has often been about looking to the future and making long term plans. In 2006, he famously rejected Yahoo's $1 billion buyout offer, sending critics into an uproar thinking that this was the best deal the small company could ever hope to receive in a tough market space. But Zuckerberg said "we really just believe in what we're doing." But this planning extends beyond business into his personal life. Last fall Zuckerberg started writing out his three-, five- and 10-year goals, as well as specific ones for 2014. In 2010 he learned Mandarin, in 2011 he only ate animals he slaughtered himself and in 2013 he tried to meet a new person every day (hmm, connecting with new people — I wonder where he got that idea). In 2014, he plans to write at least one Thank You note every day, via email or handwritten letter.

Though it's tough to pinpoint where his success comes from, it seems that his perfect mixture of looking forward and planning for the future, being accepting of other people's ideas and understanding human nature (both in his office and for his products) have helped him lead Facebook through such an impressive decade.