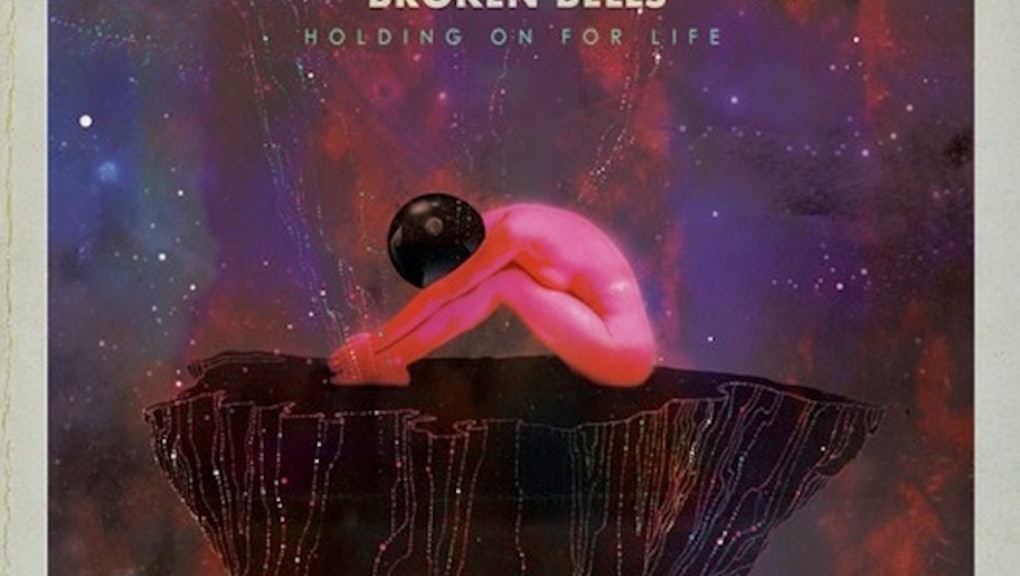 When James Mercer (The Shins) and Brian Burton (Danger Mouse) began their supergroup collaboration, it was an experiment in decaying sounds. Strip away the hymnal, folksy twee of The Shins and run their raw emotional power through Burton's loose hip-hop psychedelia, and you get Broken Bells.

Now, four years after their debut album, they're back with a record that fully delivers on the promise of this super-powered combination. And this is the song that defines the record.

After the Disco is based on the loose concept of imagining what the future looked like from the past, which gives the whole album a surreal feel. "[We] are very fascinated with what people in the '50s and '60s thought now was gonna be like," Burton told Rolling Stone.

Mercer and Burton seem to have written the perfect, melancholy theme song for millennials.

So the deconstructed sounds and scattered vocals on the album pinnacle (and single), "Holding on For Life," feel like they were filtered through alternate versions of the '70s and '80s before surfacing, mysteriously, in the year 2014. It's a tightly written song, but these sounds are expansive. It channels Hall and Oates' loneliness over shape-shifting synths that peak and dip as quickly as the moody lyrics.

Even without the rest of After the Disco, "Holding on For Life" encapsulates the alienation, despair and brief glints of hope that throb through the album. Mercer and Burton seem to have written the perfect, melancholy theme song for millennials. This is disco scrambled through magnetic VHS tape — fuzzy, nostalgic and frazzled. And it's brilliant.