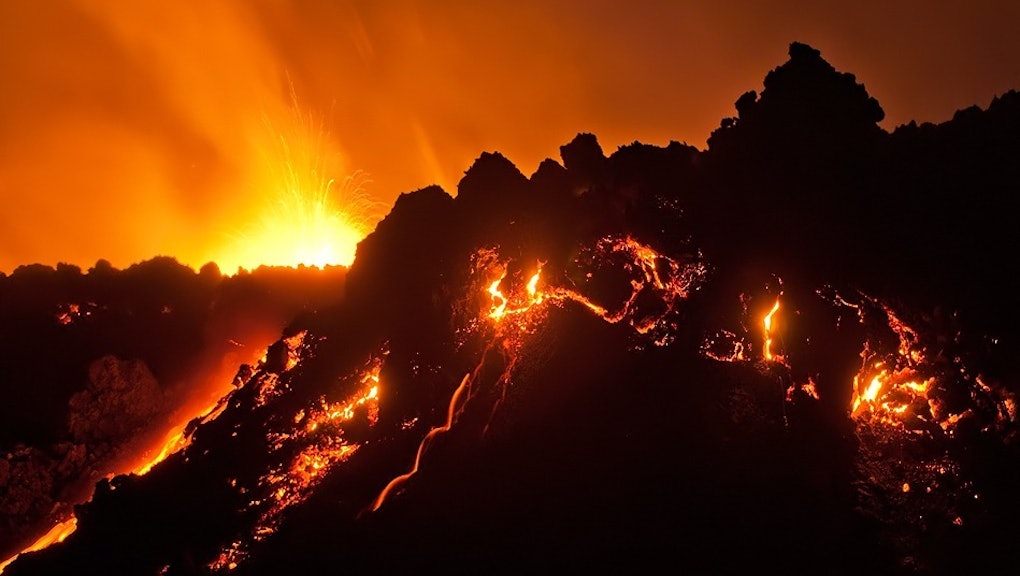 The news: On Jan. 28, President Barack Obama spent a large part of his State of the Union address detailing his "All-Of-The-Above" energy strategy.

Meanwhile across the Atlantic, Iceland may have just developed the ultimate "All-Of-The-Below" energy strategy — it's clean, renewable and has the potential to be highly efficient.

On Jan. 16, the Icelandic Deep Drilling Project (IDDP) announced that it has successfully built the world's first magma-powered geothermal energy system. Geothermal energy takes advantage of heat locked away inside of the Earth to generate electricity. Currently, geothermal energy supplies approximately 65% of electricity consumption in Iceland. However, all geothermal power is created from secondary methods, such as pumping liquid onto hot rocks below the Earth's surface — the resulting steam is then converted into electricity.

The ability to harness energy directly from the Earth's magma is a huge breakthrough.

Why this is important: Even with all of today's advanced drilling technology, striking magma directly is extremely difficult and rare. Iceland's harnessing of magma is only the third-ever occurrence, and the last time it happened in Hawaii, the drilling had to be stopped to plug up the opening with concrete for safety reasons. The Iceland drilling represents significant progress because engineers were able to install a specially-made steel casing, allowing the magma to remain contained and under pressure.

The results, published in the journal Geothermics, show that the borehole could viably generate superheated steam for months at temperatures exceeding 450 degrees Centigrade, a global record for geothermal heat capture. This translates into an enormous amount of usable energy, equivalent to a 36 megawatt power plant, or 2,000% of what a thermal, coal-fired power plant could produce. The energy from the borehole could be fed directly into a nearby existing power plant at Krafla.

What this means for the future: In its report, the IDDP claims that "the success of this drilling and research is amazing to say the least, and could in the near future lead to a revolution in energy efficiency in high-temperature geothermal areas of the world."

You can't blame them for their optimism: Until now, one of the major bottlenecks with renewable energy sources has been their efficiency. Unlike wind and solar, magma-powered geothermal energy has the potential to generate energy 24/7.

But the number of places that will be able to harness the power of magma is few. Striking magma is anything but common, especially at depths as shallow as the 2 km, where it can be feasibly harnessed for energy. Realistically, only volcanic regions where the Earth's crust is thin stand to benefit. There are also concerns about the ability to safely and sustainably drill multiple holes to extract the heat.

Despite these limitations, the IDPP's recent success is hugely exciting for the future of renewables. Currently, each of these technologies — solar, wind, hydroelectric, geothermal — has its unique problems. To create a future where we are able to supply the energy required to power a rapidly-developing technological world, we'll need to evolve and exploit all of these strategies.