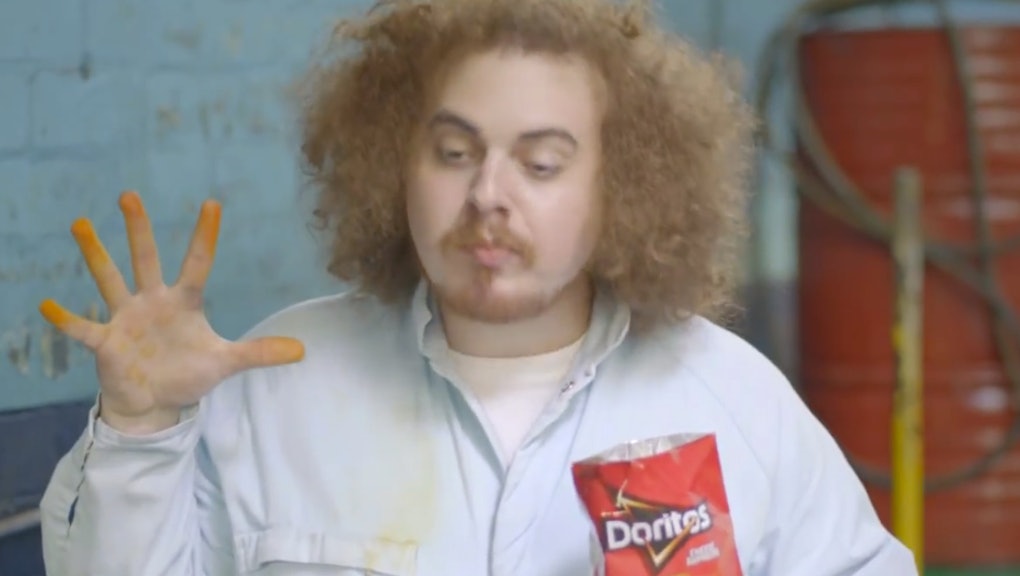 The reaction to this year's slate of Super Bowl ads has been consistent with the reaction to the game itself: snoozefest. In between the Seahawks' touchdowns, there were a lot of feel–good advertisements (such as the now-famous Budweiser puppy), but they all lacked a certain daring.

But one commercial that didn't air could've changed everything.

For the past eight years, Doritos has held a "Crash the Super Bowl" contest where people submit their ideas for ads that should air during the game. Five finalists have their ideas made into video, and two are aired. But one of the five finalists — Tom Noakes of Australia — was responsible for what is clearly the best spot:

Entitled "Finger Cleaner," the ad tackles a central Doritos problem — the inevitable Doritos dust left on your fingers post-binge — head on. It's gross, but it's funny; it's smart, subversive advertising. The only trouble with the ad, of course, is that Doritos Dust can't simply be licked off.

Instead of this gem, the fan poll selected this ad, featuring a Doritos "time machine," a sneaky kid and, of course, his dog.

And, of course, this ad, which features more kids and dogs.

But we know the truth. Unsurprisingly, "Finger Cleaner" has over 3.5 million views on YouTube, which is hundreds of thousands of views more than what the two "winners" have earned. Frito–Lay, which owns Doritos, has responded to the online backlash, saying that it simply chose the second–place ad in the fan poll. Conveniently, it did not publish the poll's tally, but the real winner is pretty evident.