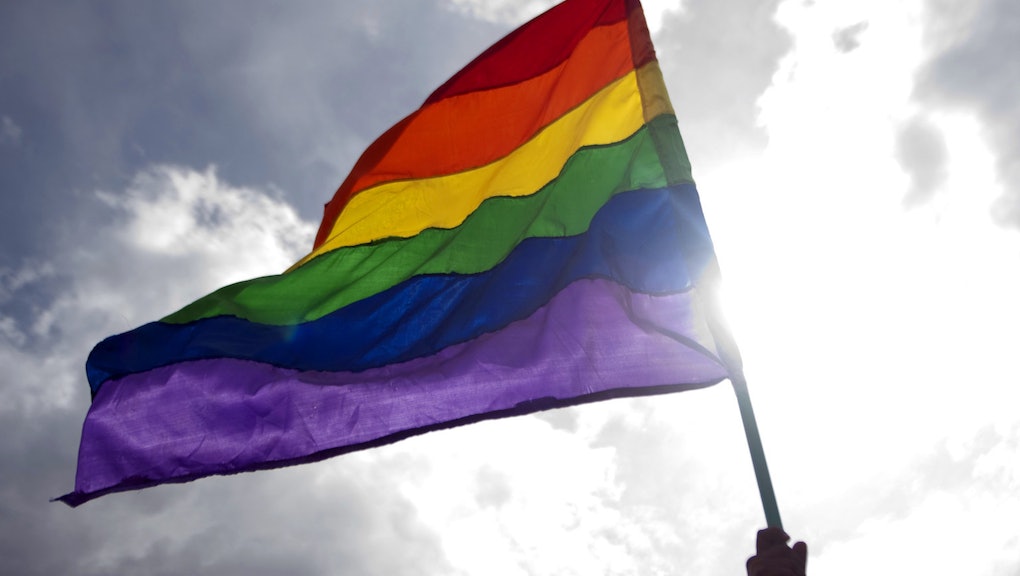 The news: In an overwhelming 105-18 vote, the Scottish Parliament passed the Marriage and Civil Partnership Bill, effectively ensuring marriage equality.

Much like the bill that passed in the British Parliament last July, the Scottish bill allows religious and belief bodies to "opt-in" to perform same-sex weddings. The country's two main church groups — the Catholic Church and the Church of Scotland — are both opposed to same-sex marriage; other groups, such as the United Reform Church, the Quakers, the Buddhists and the Pagan Federation, have welcomed the change.

Scotland is now the 17th country to legalize same-sex marriage; other countries that recently legalized it are Brazil and France, which both did so last May. But despite the legislative progress, France is still facing a lot of protest against the measure. In fact, thousands of anti-marriage equality protesters gathered in Paris as recent as last Sunday.

The first Scottish same-sex weddings can begin taking place this fall; England and Wales are scheduled to begin officiating them on Mar. 29. Northern Ireland is now the only part of the United Kingdom that has not legalized same-sex marriage.

The background: Before the bill, same-sex couples in Scotland were allowed to enter into civil partnerships. The parliament brought up the bill for debate after a government consultation resulted in record 77,508 responses.

The bill includes other progressive provisions, such as "amended guidance on the teaching of the issue in schools" and "allowing transgender people to stay married, rather than having to get divorced, when obtaining a Gender Recognition Certificate."

But the bill also protects religious organizations and "individual celebrants who felt it would go against their faith to carry out same-sex weddings." There is also a provision "making it clear that the introduction of same-sex marriage has no impact on existing rights to freedom of speech and that it is possible to oppose same-sex marriage 'without being homophobic.'"