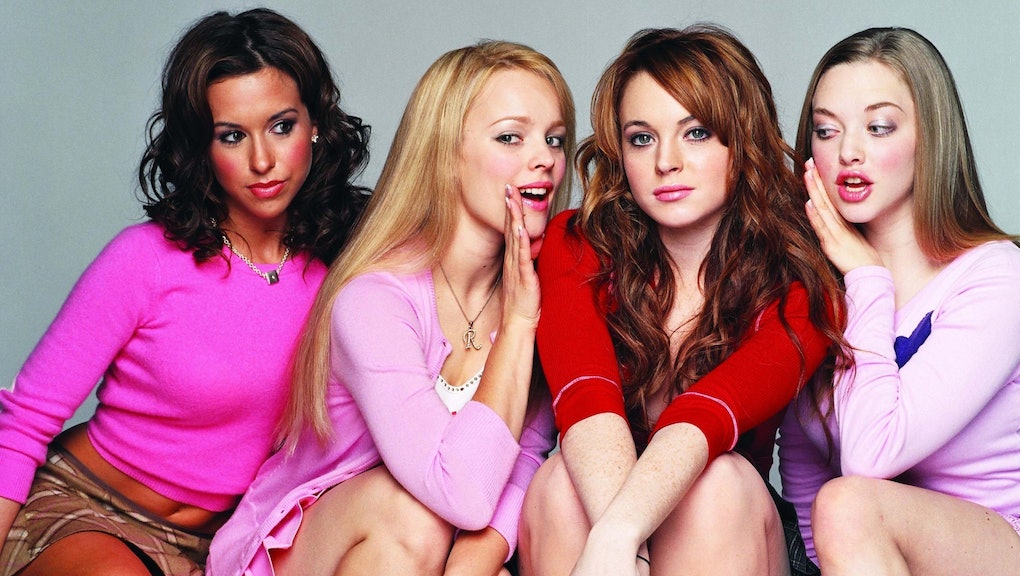 6 Classic Cult Movies We Can't Wait to See on Broadway

For years, feature films have been reincarnated as hit (or miss) musicals. Spiderman, Shrek, Sister Act, Big Fish and Legally Blonde are just a few of the most recent examples to move from the big screen to Broadway — for better or worse. At the moment, it seems that nostalgic theater producers are intent on reviving — and occasionally ruining (ahem, Ghost) — America's cult classics.

But sometimes, the jump to Broadway actually works, and can breathe new life into a story (just look at Matilda). Here are some musicals currently in the works.

The 1978 film about a beer-guzzling, toga wearing, dean-defying fraternity house in the 1960s is being adapted for the theater. The story of the hilarious hoodlums of Delta Tau Chi will have music composed by the Barenaked Ladies and be directed by Tony Award winner Casey Nicholaw.

With comic hits like Spamalot and The Book of Mormon under his belt, Nicholaw is best suited for the job of translating this screwball comedy to the stage. Still, this project is on double secret probation, just to be sure.

Just in time for the 30th anniversary of this classic 1985 Michael J. Fox and Christopher Lloyd film, a musical production of Back to the Future will open in London's West End in 2015. In the iconic film, Marty McFly travels back in time to 1955, his parents' teenage years, in a DeLorean-turned-time machine invented by his scientist buddy, Dr. Emmett Brown, who has great hair.

It would be sacrilege to remake something as classic as Back to the Future as a movie. But the musical theater approach feels a little less wrong, and more like a homage. The original film is already characterized by its musical numbers, particularly McFly's performance of "Johnny B. Goode," so adding a song or two won't seem so out of place. Great Scott, it just might work!

Inconceivable though it may seem, Disney Theatrical Productions is adapting the 1987 film for the stage — although it's unclear whether it will be a musical. Based on William Goldman's 1973 book of the same name, this beloved film tells the story of true love, pirates, revenge and hilarious accents. Starring Cary Elwes, Robin Wright and Mandy Patinkin, this playful fantasy has been a favorite since its release.

Really want to see The Princess Bride on stage? As you wish. But for cult fans — nothing could ever be as perfect as the movie, and if Mandy Patinkin and Billy Crystal don't at least have cameos, we're boycotting.

After premiering in Los Angeles last year, the darkly comic 1989 high school flick will be reborn Off-Broadway in March 2014. In Heathers, Winona Ryder stars as an in-crowd member who is lured by sexy outcast Christian Slater into inadvertently murdering their popular school fellows, making it look like suicide ("Dear Diary, my teen-angst bullshit now has a body count."). Part horror, part farce, Heathers has remained one of the best high school movies of all time.

A musical version of Heathers may feel wrong, but that's actually a good sign. The movie is all about things that seem wrong. The film's creators defied and mocked the teen genre by making a high school comedy about murder, so perhaps adding music is just another step in the direction of pleasurable dissonance that made Heathers a killer comedy.

"Pipe up the music the band has begun!" That's right, this 1993 classic is going to be a musical. Tim Minchin will compose the music, and if his recent hit Matilda is anything to go by, that means it will be great. The original Groundhog Day stars Bill Murray as a curmudgeonly weatherman who finds himself repeating the same day over and over again, until he does it just right and earns Andie MacDowell's love.

Matilda was certainly fun, so there is hope that Groundhog Day will be a hit. Telling this story without Bill Murray at its center is a less hopeful prospect — definitely seeing a shadow here.

There's no limit when it comes to turning cult favorites into musicals. Jeff Richmond, Tina Fey's husband, is writing the music for the stage version of the 2004 comedy, Mean Girls. Written by Tina Fey and starring Rachel McAdams and Lindsay Lohan, the film captures the terrifying jungle that is the high school social scene and is quoted so often by millennials that even those few who haven't seen the movie are familiar with its witty dialogue.

Will this musical be fetch? As long as they keep all our favorite lines, I don't see why not. High school drama translates into music very well — maybe it will be like a longer episode of Glee. Plus, if it stars Lea Michele, either as Regina or Cady, it's sure to be a winner.