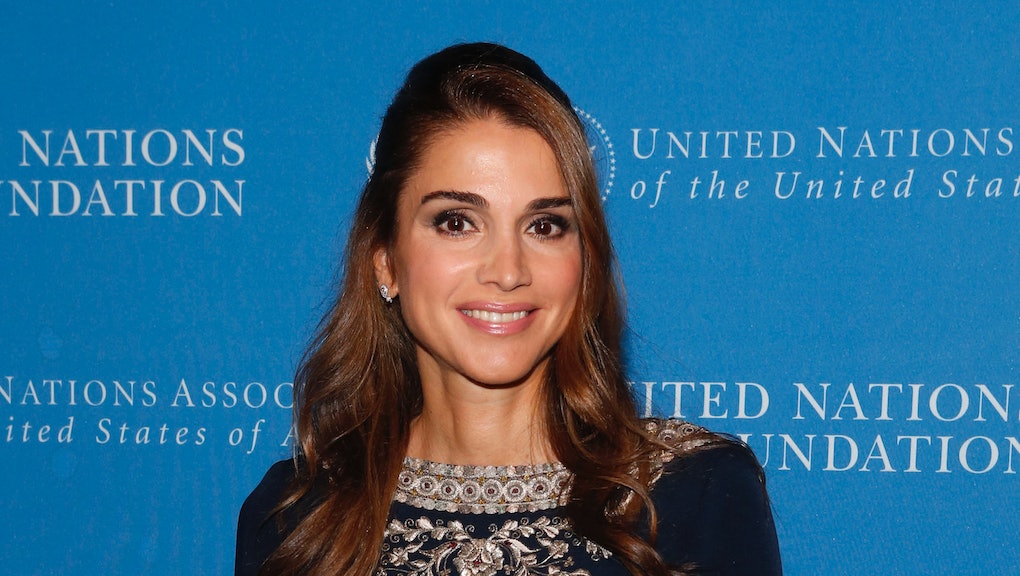 Queen Rania has proven time and time again that she is more than just a pretty face.

Often dubbed the "Princess Diana of the Middle East," Her Majesty Queen Rania Al Abdullah of Jordan is well known for her philanthropic work, elegant fashion sense, fierce advocacy for education and women's rights and efforts to encourage cross-cultural dialogue between the East and the West.

As one of the world's most photogenic and well-liked leaders, she is also very popular on social media including Facebook, Twitter, YouTube and now Instagram. Her Twitter bio reads, "A mum and a wife with a really cool day job." Being a queen definitely has its perks.

It should be noted that Queen Rania is speaking from a position of privilege and has faced damaging criticism in the past for "indulging in a lifestyle that is both too lavish and too westernized."

These quotes, however, are still awesome coming from a bold and outspoken female royal in the Middle East:

3. On personal beliefs and choices

5. On improving opportunities for girls and the rights of women

6. On the relationship between increasing education and eliminating poverty

7. Even though she says she has never worn a hijab (headscarf), she believes it is a personal choice

"We think it's a personal choice," Queen Rania said. "Unfortunately, in the West people look at the veil as a sign of oppression or weakness. This is not true as long as a woman is wearing it because of her belief. I always say we should judge a woman according to what's going on in their heads rather than what's going on top of their heads."