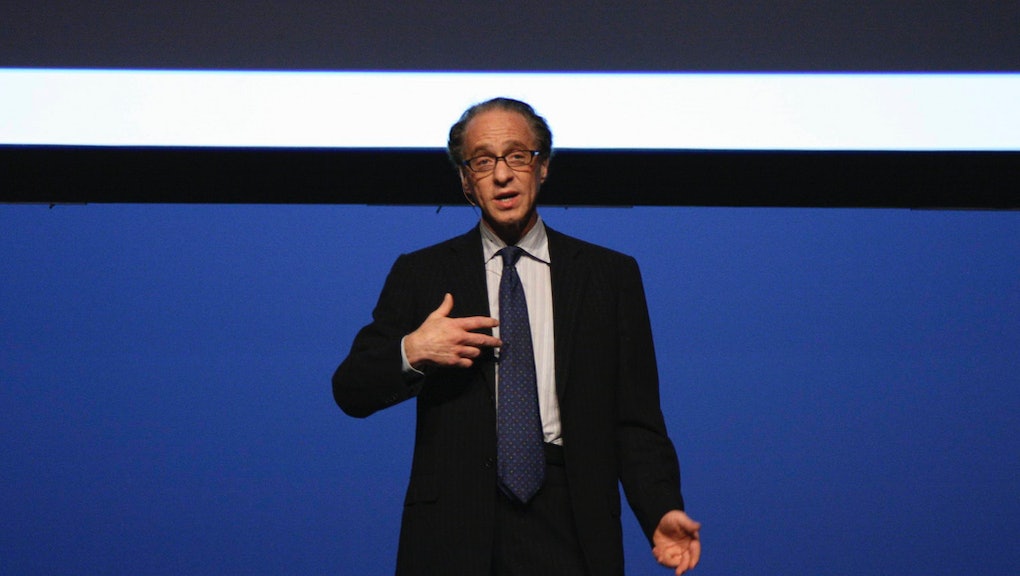 Google engineering director Ray Kurzweil is famous for the strides he has made in machine learning, speech recognition and music technology. But there is something he'd rather be known for: achieving immortality.

The 65-year-old futurist has been working on immortality for years, as detailed in his 2005 bestseller The Singularity Is Near. On Tuesday, Kurzweil reiterated his beliefs at the Wall Street Journal CIO Network conference in San Diego, California — and he is adamant that they can be accomplished.

"We can now create skyscrapers. We can command all of human knowledge with a few keystrokes. So we expand reach and we're going to continue to do that," he said during a Q&A session at the conference.

How exactly can humankind achieve immortality? Kurzweil is a fan of cutting down fat consumption, promoting nutrition and keeping the body in top shape. In his book, Kurzweil revealed that he takes over 250 supplements a day, and that he receives "a half-dozen intravenous therapies each week (these are basically nutritional supplements delivered directly into my bloodstream, thereby bypassing my GI tract)."

And it seems successful so far. "I test myself on a regular basis, and it's working. All my measurements are in ideal ranges. I come out younger on biological aging tests," Kurzweil told Maclean's.

But these are ultimately temporary measures to tide him over until he achieves the actual solution: advanced biotechnology and nanotechnology. Kurzweil has called his current regimen "a bridge to a bridge to a bridge," which is "not designed to last a very long time." Once technology catches up with his vision, we won't need to care that much about our bodies anymore. "We're going to expand who we are. We're going to become more non-biological," he said at the Journal conference.

Kurzweil's ideas are even more radical. He considers the human body to be just "a software process," and believes that in the future, humanity will no longer be limited to its physical form: We could upload our consciousness into a cloud, transport ourselves through space and use nanobots to recreate our physical bodies at will. We would then have "a biological body at one time and not at another, then have it again, then change it, and so on."

And while humans grow increasingly machine-like, the development of artificial intelligence will allow machines to achieve an increasingly human quality. This convergence is what Kurzweil calls "singularity."

"That will be another quantitative expansion that will lead to another qualitative leap. And if you're going to 2045 ... we will have expanded our unenhanced intelligence a billion-fold," he told the Journal.

Watch below to hear more about Kurzweil's vision of the future: