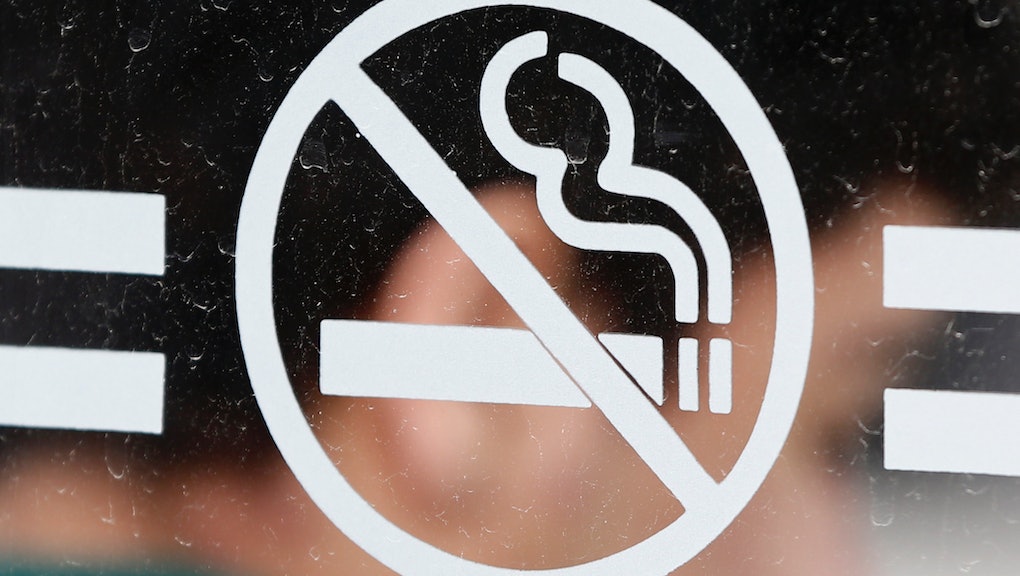 The news: Citing its preference to heal people rather than kill them, CVS/Caremark announced today that it would stop selling cigarettes and tobacco products in 7,600 stores around the country by Oct. 1, 2014.

The move will cost the pharmacy chain $2 billion in annual sales, but also highlights a shift in company philosophy: "We have about 26,000 pharmacists and nurse practitioners helping patients manage chronic problems like high cholesterol, high blood pressure and heart disease, all of which are linked to smoking," said CVS chief executive Larry J. Merlo. "We came to the decision that cigarettes and providing health care just don’t go together in the same setting."

CVS is still waiting for guidance from the Food and Drug Administration regarding electronic cigarettes, which the company does not sell. The FDA has expressed interest in regulating the devices, which deliver nicotine to users without tobacco and emit vapor instead of smoke.

But why now? The New York Times suggests that expanding health coverage under the Affordable Care Act, combined with a limited number of primary care doctors, has pushed pharmacies into a larger role in the nation’s health care system. Most already provide flu shots. Many offer basic care for common symptoms and infections.

According to Health and Human Services secretary Kathleen Sebelius, 3,200 children will try a cigarette each day, and 700 will go on to become daily smokers. At this rate, 5.6 million children alive now will eventually die of smoking-related ailments. CVS’s move is partly intended to curtail these numbers by setting a precedent to make cigarettes less available: "[Scientific] literature does suggest that a reduction in the availability of cigarettes reduces smoking," said Troyen A. Brennan, the pharmacy’s chief medical officer.

Cities like San Francisco and Boston have already banned the sale of cigarettes in pharmacies. "If you’re in the business of promoting health and providing healthcare, it’s very hypocritical to be selling tobacco products," said Dr. Otis W. Brawley, chief medical officer at the American Cancer Society. "[It’s] almost a conflict of interest."

It remains unclear what will replace the beautiful and iconic cigarette displays behind CVS counters.

Will other companies do this? This decision will likely be used to pressure other companies and cities to make similar moves. This is part of CVS’s intention: "I hope others will follow [CVS’s] lead in this important step to curtail tobacco use," added Sebelius. President Obama also applauded the move, saying it would "advance [his] Administration's efforts to reduce tobacco-related deaths, cancer and heart disease, as well as bring down health care costs."

Whether other companies choose to follow suit is yet to be seen.