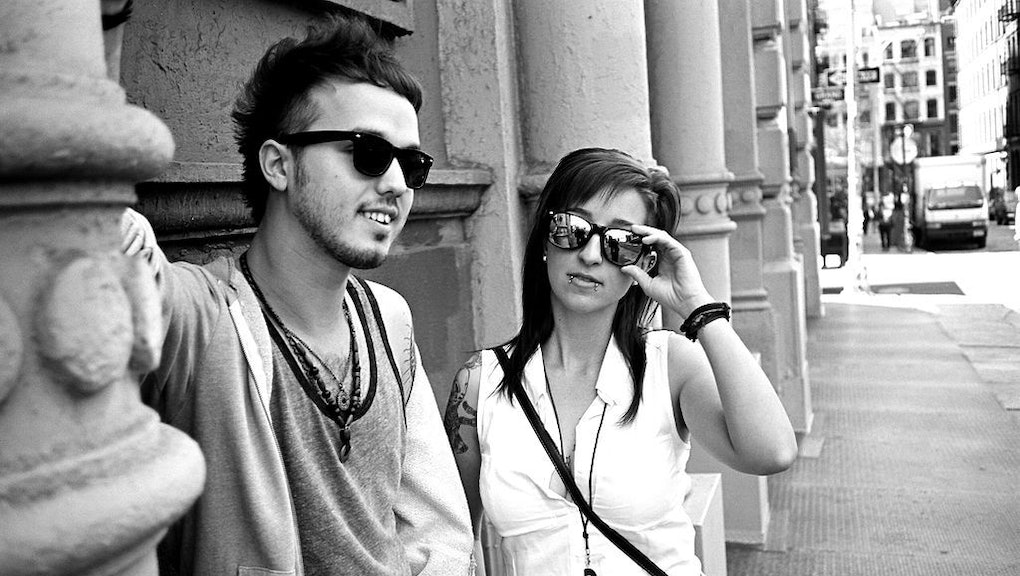 This Formerly Homeless Songwriter is the Secret Behind Beyoncé's Latest Album

Among the writers and producers listed on Beyoncé's career-defining album, one name is not like the others. Amidst the Pharrells, Timbalands and Timberlakes, there was a name that nobody in the industry had ever heard of before — Boots.

That's because, a few years before he met Beyoncé, Boots was a homeless man.

Boots has a writing, producing or performing credit on nearly every song on the album. He co-produced 80% — an obscene amount of influence for a previously unknown producer to have on such a big name pop album. Even more significantly though, he wrote and produced the most personal tracks of the album — the brooding "Ghost/Haunted" and the vibrantly loving "Blue." It seems this anonymous man wasn't only a producer, but Beyoncé's closest confidant — a man able to unlock an unheard pain and vulnerability in the unstoppable star.

No one knew where these sounds came from until Boots started surfacing, anonymously at first — in comments on lyrics sites and then anonymous interviews. His story only makes this brilliant album cut deeper.

Tracking him down took a full-blown journalistic manhunt. Buzzfeed, South Florida's Broward/Palm Beach New Times and Complex all contributed facts about his identity before Pitchfork finally secured an interview. In that interview, though, Boots refused to provide his real name (even though Complex had previously confirmed with relative certainty that it's Jordy Asher) or discuss how he met Beyoncé — "That's for Beyoncé and me to know" — but he did reveal where the pain on Beyoncé's new album came from.

I learned real young that you can fuck your own life up, and I did, for a while.

"For four years I was virtually homeless and one year I was really, really homeless," he said in the Pitchfork interview. "I lived in a van. In Miami, it's really hard to stay asleep in a car for more than four hours before it gets wretchedly hot, so I would try to catch a few more hours in the bathroom of Walmart before someone banged on the door. I was too prideful to let anybody know what was really going on ... I learned real young that you can fuck your own life up, and I did, for a while."

Snippets of this period in his life are rare, but he shared more in comments on the "Haunted" lyrics on Rap Genius of all places. Asher cycled through a series of odd jobs before he settled on music. He was a bartender, a server, a telemarketer, an electrician, a cook, a landscaper and a dishwasher. "None of those things ever made me happy," he wrote while verifying the meaning of the "Haunted" lyrics. "The only thing that made me happy was being myself and making music despite everyone around me saying I needed to have a 'safe' job. Fuck that, be yourself." That's where the lyric "All the people on the planet / Working 9 to 5 to stay alive / How come?" comes from.

And now, freed from the 9 to 5 and launched to relative stardom by Beyoncé, he completely disdains his new fame. He has no Twitter, no Facebook and no Tumblr. The only place he has any fan-accessible Internet presence is a profile on Rap Genius and SoundCloud, where he shares his own personal music. Up until the night he was discovered, he was so unknown that he was publicly hosting tracks meant only for Beyoncé's ears. Songs like the aching "Heaven."

Asher is doing for pop and R&B what Kanye did for rap with Yeezus — stripping down the music its most fundamental elements, the parts that hit the hardest and challenge the most. He makes the dissonant and avant-garde accessible to the masses. You can hear him innovating in the languorous drones on "Haunted" or the muted echoes and swelling chords of "Heaven" — his sound is dynamic, raw and soulful.

But though the album is everywhere (it was the fastest selling record ever on iTunes), Asher is intent on keeping out of the limelight. In the Pitchfork interview, Asher describes his extreme distrust of the media and fame: "When the album came out, people were calling my parents' house within days. A dude was trying to sell pictures of me — just crazy shit that I'm not trying to bring into my life ... I know the information is going to get out there at some point; I'm not stupid. But I don't know that I want to be the one to just hand it over to everyone. It can become a weird world real quick."

Yet his story only makes the album better. There's real pain on this record — some of the rawest songs in Beyoncé's career. Soon, that sound will permeate the rest of pop music.