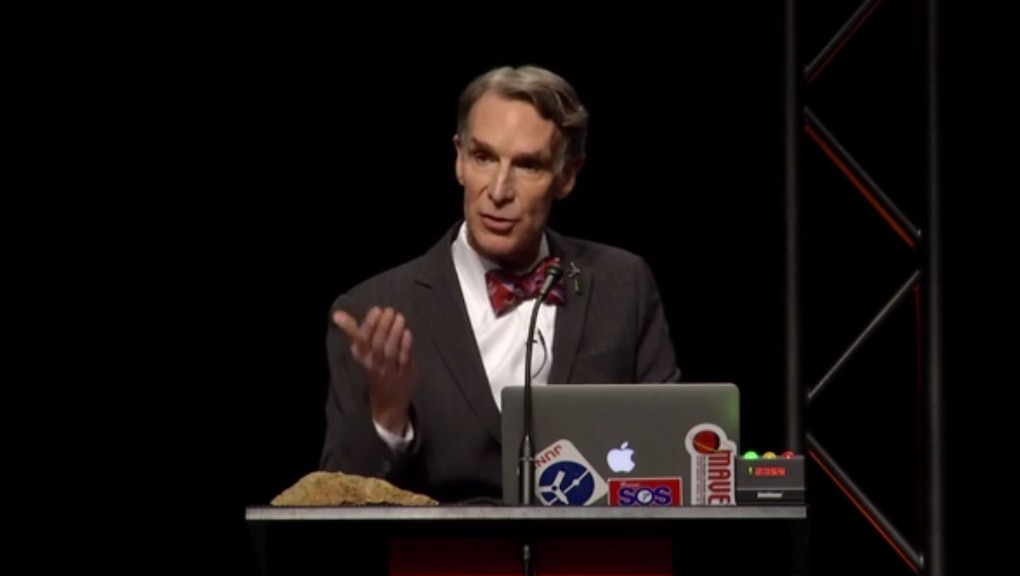 Ken Ham and Bill Nye engaged last night in the latest round of jousting between biblical literalists and those who might think otherwise. The debate featured the usual share of anti-evolution sentiment, from the slippery “Darwin equals euthanasia” slope, to the predictable attempt to redefine “science.” But what stood out about this debate wasn’t the content of the arguments, but the function of the debate itself: should it even have happened?

One common opinion is that meeting fundamentalists in debate only serves to strengthen their position; by giving them the platform of equal footing, the fundamentalist position is given the same weight as the litany of scientific fact proving otherwise. Richard Dawkins, Mark Joseph Stern, and Sean McElwee all make this argument.

They’ve got a point. By agreeing to debate creationist Ken Ham, Nye gives encouragement to those who would seek to teach both creationism and evolution equally (though Ham argued that creationism is the only viable model of origins). The simple appearance of equal footing is why Dawkins and company object to the debate.

But the equal-footing idea is not the only aspect worth considering, nor is it a persuasive reason to reject engagement with fundamentalists. Refusing to debate creationists aims to minimize the legitimacy of their position, but in reality it will only calcify the divide between the camps. In a perfect world, science would spread readily, without men like Nye actively engaging in spectacular battles on live TV. In an ideal world, religion wouldn’t cause people to fear science. But this isn’t an ideal world. Billions of people are still very much in support of creationist and other irrational models, and simply ignoring them does nothing to challenge the problems with such beliefs.

By refusing to see religion as the driving force it is, we won’t get at the cause of the opposition to science. Ken Ham didn’t refer Bill Nye to the Bible a dozen times last night out of anti-intellectualism. He did it because he truly believes in his heart that the book contains literal answers to all of life’s greatest questions.

Some argue that we should leave the fundies behind and work together with “sane” religious leaders to achieve our goals. But labeling a huge swath of the American public – millions of people – as insane and impossible to reach is a sour, nasty strategy. It assumes that their faith is so impenetrable that no evidence will ever be enough. While this may be the case with the most dedicated of the faithful, it doesn’t mean that the average theist mind cannot be opened to science. That’s one of the most wonderful things about humans – even if we’ve spent decades clutching our rosary beads, we always have the opportunity to reconsider the evidence.

The promotion of science doesn’t require the exclusion of an entire group of people simply because they’re too faithful. On the contrary — these are the very people to whom we should expose new ideas. Engagement with fundamentalists of any kind — whether in the context of creationism vs. evolution, secularism vs. Islam, or even capitalism vs. communism — is the only chance we have to change their minds. Repressive systems do incredibly well when their adherents, whether willing or not, are prevented from conceiving of alternatives. How do the tyrants of Cuba and North Korea remain in power? By controlling the discussion. You don’t hear fair consideration of alternative models in these countries. The radio silence is their greatest weapon.

As Staks Rorsh put it, ignoring ridiculous beliefs won’t make them go away. So while it may be a pain to actually take the time to explain why Noah’s Ark is utterly implausible, it’s a worthwhile task. If, as Twitter pointed out, even one mind is opened to the possibility of rejecting such supernatural beliefs, the debate was well worth it.