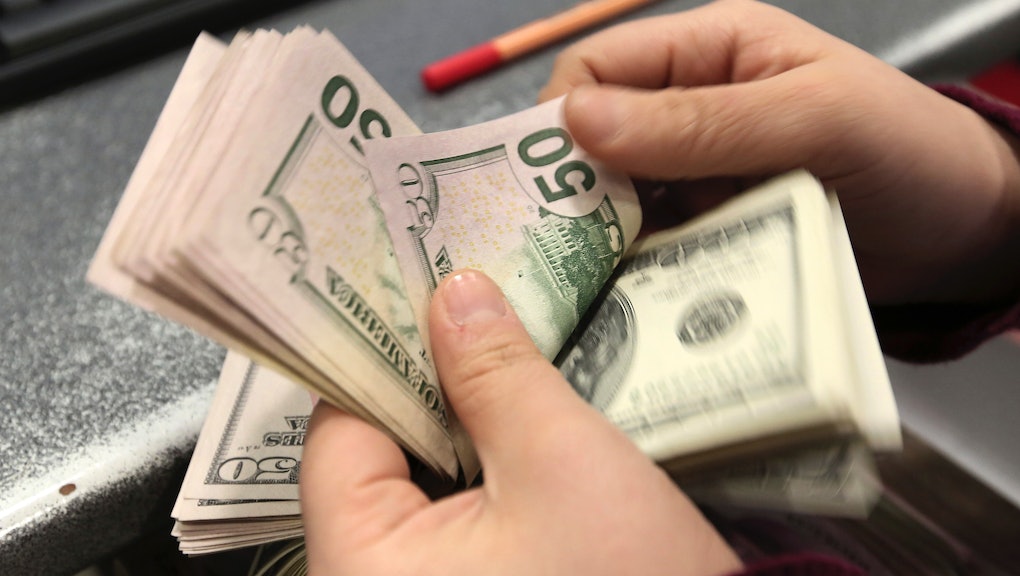 5 Times You Gave Money to Organized Crime Without Realizing It

Everyone knows that cocaine bankrolls Colombian insurgents and Mexican cartels, and that the Taliban makes serious money off of opium. But since most of us don't use hard drugs, we may believe, erroneously, that our dollars aren't making their way into the pockets of criminals.

Here are five routine purchases that seem innocuous, but finance some rather unsavory people:

Sure, we all saw the movie Blood Diamond, but not many of us have even heard of tantalum or tungsten, regardless of the fact that our everyday use of these "conflict minerals" fuels criminality across the globe. Mining the components of our cellphones and laptops — namely tin, tantalum, tungsten and gold — is a booming enterprise for armed groups in the Democratic Republic of Congo (DRC), Colombia, Peru and Venezuela. Unlike diamonds, these minerals can be smelted down and combined with legally-mined ore, making it exceedingly difficult to trace them to their source.

In response to humanitarian concerns, the Dodd-Frank Act requires industries to disclose any purchase of minerals originating in the DRC. Though that part of the law takes effect this summer, over 40% of affected companies report being unprepared to comply with these requirements, and the D.C. Court of Appeals appears poised to strike it down. Fortunately, where legislation has failed, watchdog groups have succeeded in shaming companies into sourcing their minerals more responsibly, and even in providing tools that allow concerned consumers to monitor the practices of their favorite brands.

Our grocery shopping is financing an armed struggle between vigilantes and organized crime in Michoacán, the state in Mexico that grows roughly half of the avocados Americans eat. Some estimate that a major cartel extorts some $150 million a year from the state's avocado industry by extracting payments from producers or by taking over plantations and growing avocados themselves. The American consumer now pays over 20% more for avocados than they did a year ago. Half of that price spike, according to a major Mexican grower, is the result of extortion by organized crime.

Just last fall, federal agents raided the corporate headquarters of the largest flooring retailer in the United States, Lumber Liquidators, for importing illegally harvested Russian oak. In 2006, the Environmental Investigation Agency indicted home improvement giants Lowe’s and Home Depot for selling smuggled Indonesian timber. According to Interpol, the market for illegal logging may be as large as $100 billion and accounts for 50% to 90% of wood exports in some countries in South America, Central Africa and Southeast Asia. But this is not only a major environmental problem — illegal logging has directly fueled corruption across the globe, as well as armed conflict in places like the DRC and Laos.

Almost $22 million of fake Super Bowl apparel was seized prior to Sunday's big game, $5 million more than last year. People may think buying counterfeit goods is a victimless crime, since the only apparent "losers" are the huge clothing, pharmaceutical and entertainment brands. But they should think again — The UN Office on Crime and Drugs estimates the expanding global market for counterfeit goods to be around $250 billion, which involves a vast array of criminal groups including the Mafia, Camorra, Yakuza, Triads, and Mexican cartels. Furthermore, both Interpol and Congress have sounded the alarm regarding the connection between counterfeiting and US-designated terrorist organizations such as Al Qaeda, Hezbollah, Hamas, the Real Irish Republican Army, Kurdistan Workers’ Party (PKK), and the ETA in Spain.

It doesn't seem like it would be hard to avoid wildlife trafficking. Most of us have the good sense to know that anyone selling a $30,000, 10 foot-long venomous Komodo dragon is probably not an exemplary citizen. But American travelers and consumers may be less aware that organized crime is heavily involved in the markets for caviar, certain wools, and traditional Asian medicines, or that US demand for fish oil drives the illegal slaughter of endangered whale sharks. And it’s not just PETA that should be worried about animal smuggling, which has rapidly grown into a $20 billion industry. As Secretary of State, both Hillary Clinton and John Kerry have called wildlife trafficking a global security issue given its increasing links to organized crime. Last year, for the first time ever, the UN Security Council was briefed on the dangers of poaching and its role financing militant groups like the Lord’s Resistance Army (remember Joseph Kony?)