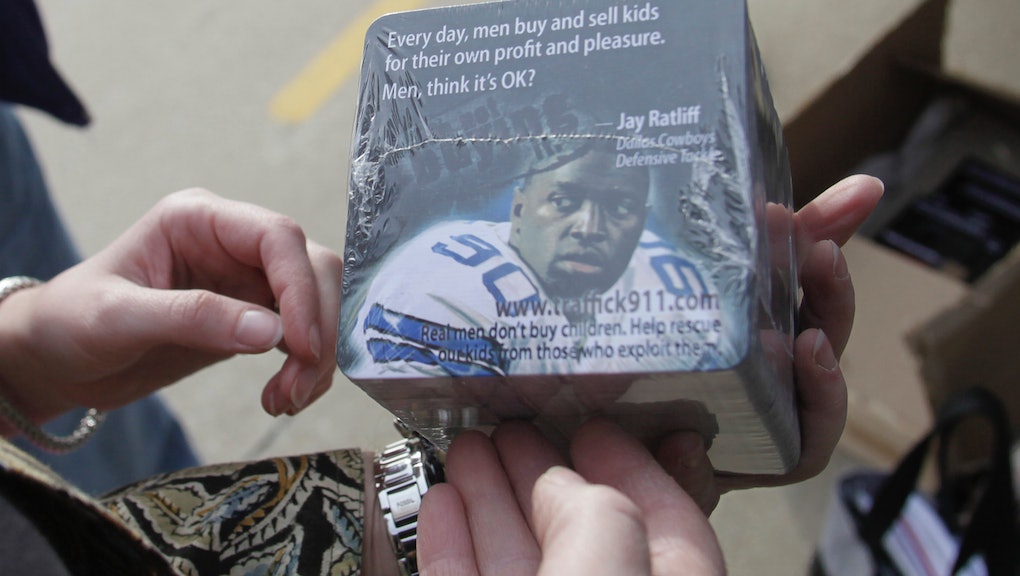 In the lead up to this year’s Super Bowl, much was written in the media about the possibility that the event would cause an upsurge in trafficking into the local sex trade. PolicyMic was among the many outlets which published articles proliferating these claims, but these reports rely on myth and misconception. Despite the hype, investigations have shown no evidence of large numbers of persons trafficked in around the events.

These misconceptions are not new. The media has used a number of large sporting events to whip up salacious tales of sex panic – from the 2004 Olympic games in Athens to the 2010 World Cup in South Africa to the 2013 Super Bowl in Louisiana. In the outcry, there is little follow-up to find out what’s hysteria and what’s fact.

The problem with these articles are that they very often rely on inaccuracies which have been discounted as junk science. Many of these articles conflate all engagement with the sex industry and trafficking – a dangerous misconception which only makes it harder to create effective solutions which have fewer unintended consequences. They tend to cite cite reports on both prostitution and trafficking interchangeably, as well as reference prostitution-related arrests as the same as trafficking violations.

Many might not see a problem in this approach; trafficking in persons is an important issue that deserves focus. But as a statement from the Sex Workers Project notes, these conflations “distract from real issues surrounding large sporting events that do deserve our attention and are often under-reported, including instances of unsafe labor conditions for construction workers who build sports arenas, and the large scale trafficking and deaths of migrant workers. The media’s fixation on trafficking into the sex trade has led to unfortunate misperceptions about human trafficking, and missed opportunities to halt human rights abuses.”

What more often results from these outrages are increases in police raids and harassment of those in the sex trade, as a result of the hysteria. These harmful raids are often ignored in favor of the hype, despite reports that law enforcement are among the most serious perpetrators of abuse against sex workers.

This misrepresentation also leads to a misallocation of resources away from more effective anti-trafficking strategies, such as access to emergency shelter services, economic opportunities for marginalized populations, and awareness campaigns which focus on rights and options, not fear. The Global Alliance Against Trafficking in Women found that, “Anti-trafficking organizations have argued that most of the resources for anti-trafficking activities around large sporting events have gone into highly publicized, and misleading, media campaigns, rather into services for trafficked persons.”

Rachel Lloyd, founder of GEMS, contested the Super Bowl/trafficking connection two years ago, noting that “as a field we pay attention to statistics, ensure that the information we're putting out there is accurate, and make sure people focus on the larger systemic issues that exacerbate and make young people so vulnerable to commercial sexual exploitation and trafficking, instead of focusing on media-friendly quick fixes and sensationalized stories.”

While the myths might be compelling, we should hold ourselves to a higher standard, one that prioritizes more thoughtful approaches over assumptions without evidence.