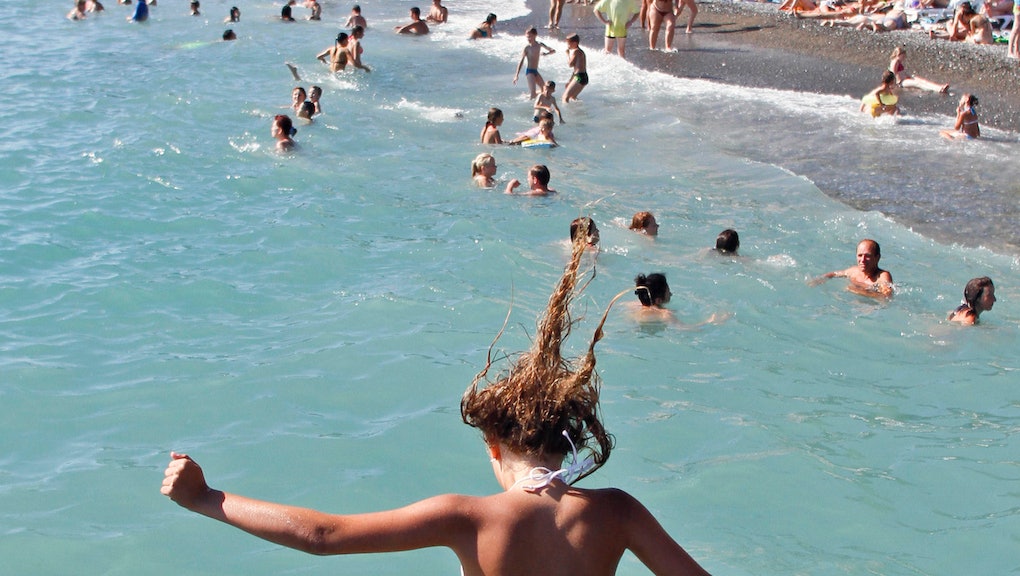 The Average Temperature in Sochi Is 50 Degrees. Welcome to the Subtropical Olympics

Ralph Lauren's Olympic uniforms have been released and ridiculed, the moral implications of holding the Olympics in anti-LGBT Russia have been hotly debated and everyone has assembled their Olympics Drinking Game cheat sheet. One major topic missing from most discussions of the Olympics? The games' ironic choice of climate.

Sure, the typical setting that comes to mind when considering a Russian winter sounds like a perfect fit for the Winter Olympics. The vision of Anna Karenina gazing out her flake-covered train window, however, is a far cry from the reality of the resort locale of Sochi. With an average winter temperature around 50 degrees, Sochi is sounding like a pretty nice escape from this year's North American polar vortex mayhem (which, by the way, even has its own Wikipedia page now — you're welcome). So, even in the mountains where the outdoor events are held, is it any surprise that the conditions are less than, well, wintry?

As opposed to the cold settings characteristic of previous Winter Olympic games, Sochi is of a humid, subtropical climate. Despite obvious setbacks in holding the games there — such as unpredictable weather and snowfall — Russian President Vladimir Putin pushed heavily to host the games, and has since gone to great lengths to create an image of Winter Olympic perfection. How? By essentially building the Olympic village about an hour north of Sochi in the Krasnaya Polyana mountains, where snow is, well, slightly more predictable.

Putin and Olympics organizers have gone all-out to ensure that the natural climate of the region doesn't make its way into the actual games. Included in the budget is money for a no-nonsense snowmaking system and an emergency supply of 710,000 cubic meters of snow that has been collected over the years and preserved up in the mountains (have fun seeing what that converts to). In all, they have 1,000 football fields of old snow to play with.

Snow storage outside of Sochi, image via AP

It's no wonder then that these games are estimated to eclipse the cost of all three previous Winter Olympics games combined. The staging of the Sochi games has racked up a bill of over $50 billion.

You're not even going to need a winter coat to attend most of the winter games.