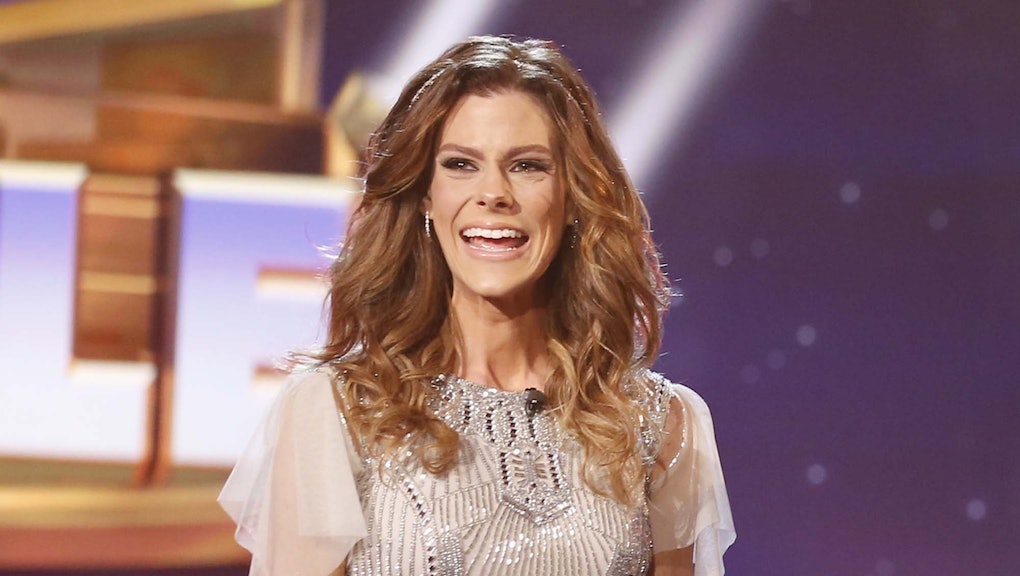 The latest season of The Biggest Loser wound up this week with startling results. While the show is presented as being beneficial to the participants' health, this is TV land — and the pressure is almost more about conforming to societal ideals of beauty rather than actually being healthy.

Take this season's winner, Rachel Frederickson. The 24-year-old started the season weighing 260 pounds. By the final weigh-in, she'd shed 60% of her body weight. Frederickson is reportedly around 5 feet 4 inches tall — at 105 pounds, this would make her underweight on the Body Mass Index Scale. This left viewers wondering whether Ferderickson had gone too far.

Of course, BMI numbers are not a fool-proof indication of health. And Frederickson has contended that she is healthy, claiming that she is sticking to the "calorie budget" that dietitians prescribed her and worked out a lot. "It's just been natural," she told reporters after being asked if she had an eating disorder.

But the consequences of Frederickson's weight loss are troubling for two reasons. First of all, the U.S. Department of Health and Human Services reports that one to two pounds a week is a healthy rate of weight loss. Assuming that her weight loss in the show took place over the 16 weeks the season aired, Frederickson was losing weight the alarming rate of more than 10 pounds per week. Even if the filming period was eight months — twice as long as it took to air the season — she still would have been losing weight more quickly than has been deemed healthy.

Secondly, it's concerning that a section of the audience immediately assumed that Frederickson is suffering from an eating disorder. Though the weight loss was rapid, it's still possible that she lost it through a careful balance of controlled diet and exercise. While it's certainly conceivable that she could have developed a disorder in light of the pressure to meet the perceived beauty standards that society (and the show) pushes onto women, to jump to such a conclusion right away can quickly devolve into body-shaming.

Additionally, one of the other finalists, a man, dropped 55% of his body weight, going from 409 pounds to 187 pounds. Few suggested he had an eating disorder, which speaks to a certain level of sexism among viewers.

Nevertheless, The Biggest Loser has been called out before for the insane pressures it places on its contestants. Kai Hibbard, a contestant from 2010, previously confessed that the show caused her to develop and eating disorder. And it's clear that Frederickson lost too much weight too quickly, period — and this could prove detrimental to her health in the long run. Sure, she had a huge moment in the spotlight and is walking away from the experience with $250,000 and a lower body mass, but she could be paying a much higher cost.

The Biggest Loser is not about health. And the producers should feel ashamed that they've pressured Frederickson to lose so much weight at such a rate, no matter how she managed it.