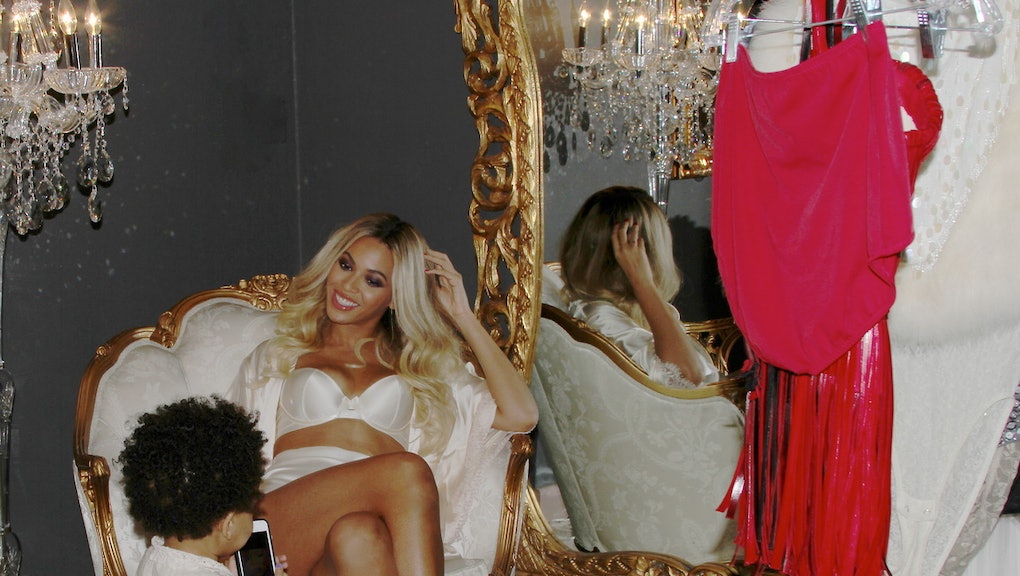 The Blue Ivy Hair Controversy Is Racism at Its Worst

For a while, people didn't even know what Jay-Z and Beyoncé's 2-year-old daughter Blue Ivy Carter looked like. The power couple's child often had her face covered in a veil. Now that the internet has caught their first glimpse of the baby girl, it seems like keeping her hidden was a good idea.

New images of Blue Ivy are surfacing, and the first thing many are noticing is not the Blue's cuteness, but her un-styled hair. This has led to a flood of ridiculously mean-spirited and hypercritical tweets:

But this isn't just the world's Beyoncé obsession talking. Black hair — particularly black female hair — is serious business. Chris Rock's documentary Good Hair speaks to the complexities of how black female hair is kept, styled and maintained, giving voice to the burden of living in a society that doesn't appreciate or understand black hair. However, it's easy to see how this burden is exacerbated when an infant is subject to intense scrutiny for something out of her control. What's more, Blue Ivy's hair hasn't even completely grown in yet. She's being judged on something that, like her introduction to completely unnecessary and offensive public scrutiny, is still unfolding.

We've seen it with Olympian Gabby Douglas and Oscar-nominated actress Quvenzhané Wallis. These are young black women who are in the public eye in the fields with little to no diversity. Yet everybody obsesses over their hair — and especially whether these black women in the public eye are representing the race positively. Through their hair.

But all politics aside, this is a 2-year-old girl. Hair hate is not parenting advice (nor is it any kind of rational opinion) and the good people of Twitter are not Blue Ivy's parents. That job is left to the most talented couple in the world. They can handle it.