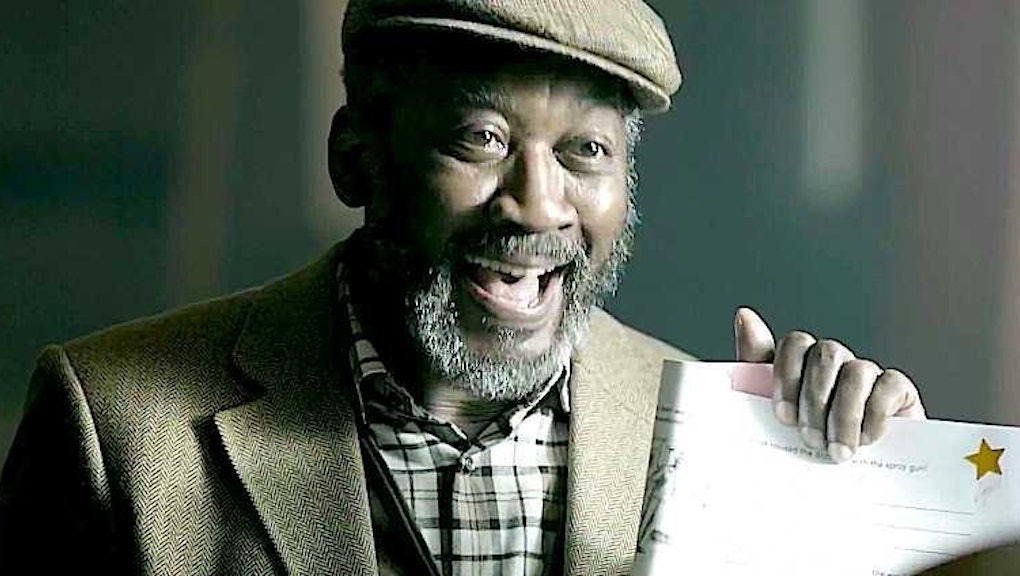 The news: Bell's Whiskey is melting the Internet's heart with its latest commercial. The South African liquor company weaves its product into a touching story that seems to have nothing to do with whiskey until … well, you'll just have to watch:

The background: Cheers to that adorable old man. According to the CIA World Factbook, South Africa ranks relatively high in literacy, with 93% of adults able to read and write. But who doesn't love a classic father-son narrative, especially one involving bookstores and Scrabble? That final scene at the bar is a genuine tearjerker.