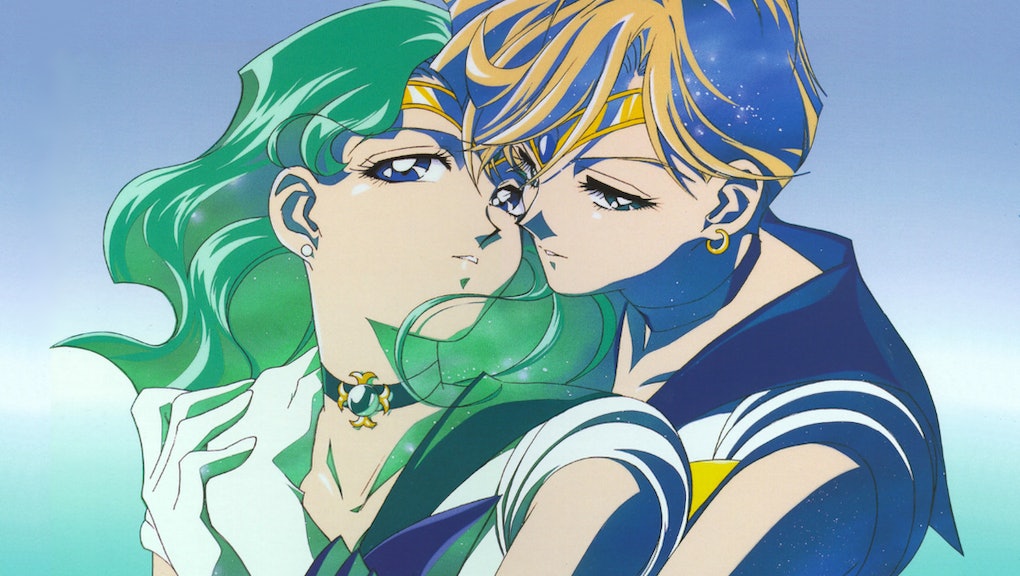 Sailor Moon is making a comeback, and this time it will likely be a whole lot more LGBT-friendly.

When it first aired as an anime show in North America, Sailor Moon was stripped of many of the LGBT-orientated storylines that featured in the original manga; several characters also had their sexuality changed or their gender identity switched.

But producers say that the upcoming reboot of the series will not be a remake or a continuation of the show that ran from 1992 to 1997, but rather a more faithful adaptation of Naoko Takeuchi's manga, ripping up the previous show's canon to start from scratch. The show will start airing in its native Japan this July and stream in other countries through the Niconico video-sharing site, with subtitles in 10 languages.

The fact that the reboot will likely retain the LGBT storylines and characters from the manga is sure to excite fans of Sailor Moon. The manga has helped many LGBT people accept their identities and become more comfortable with themselves, as its storylines depict characters in lesbian and gay relationships and help challenge gender norms.

For example, Sailor Uranus is in a relationship with Sailor Neptune in the original manga, but North American dubs of the series depicted the pair as heterosexual cousins.

We hope the producers remain faithful and keep the LGBT storylines in the reboot this time. In an increasingly progressive society, there's plenty of room for an anime that deconstructs and challenges gender norms.