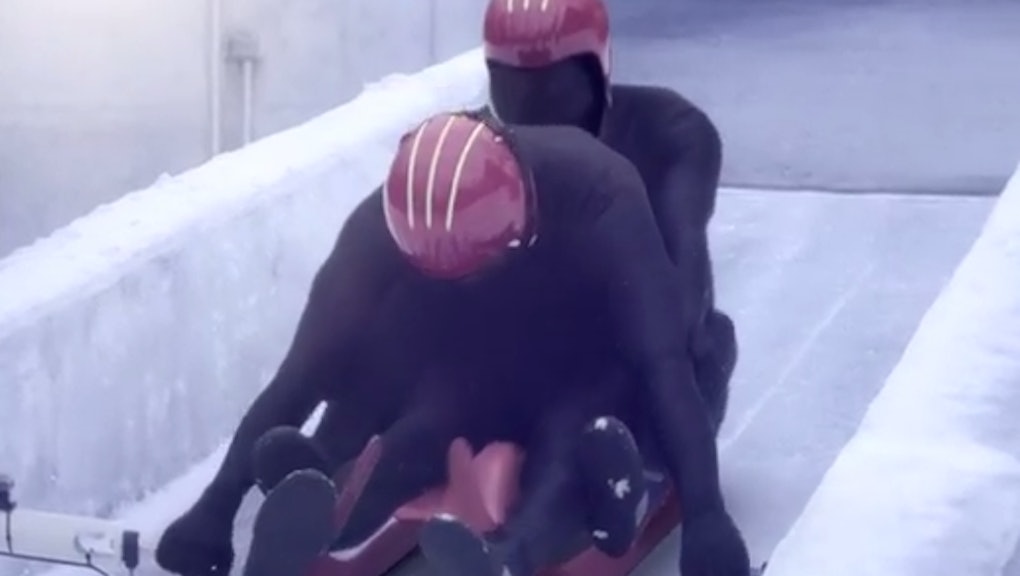 People around the world are mad at Russia. The nation's anti-gay laws are stirring plenty of controversy in the days leading up to the Sochi Winter Olympics. But the Canadian Institute of Diversity and Inclusion may get the last laugh. Their hilarious 30-second video says it all:

That's two men "luging," if you must know. And yes, it's probably what you think it is.

If you plan to watch the Games, one thing is certain: you'll see lots of people in skin-tight uniforms touching each other intimately. Men will touch men. Women will touch women. Sometimes, their moves will get suggestive. Odds are, you'll enjoy every second of it.

The CIDI is an organization dedicated to giving clients "the tools, knowledge, and coaching to create more inclusive workplaces in Canada." Clearly, they're also a bunch of top-drawer comedians who've found a great way to deal with Russia's old-fashioned bigotry. One can only hope their humor further invigorates advocates for equality.

Laughter is the best medicine, people. Let's all get healed together.