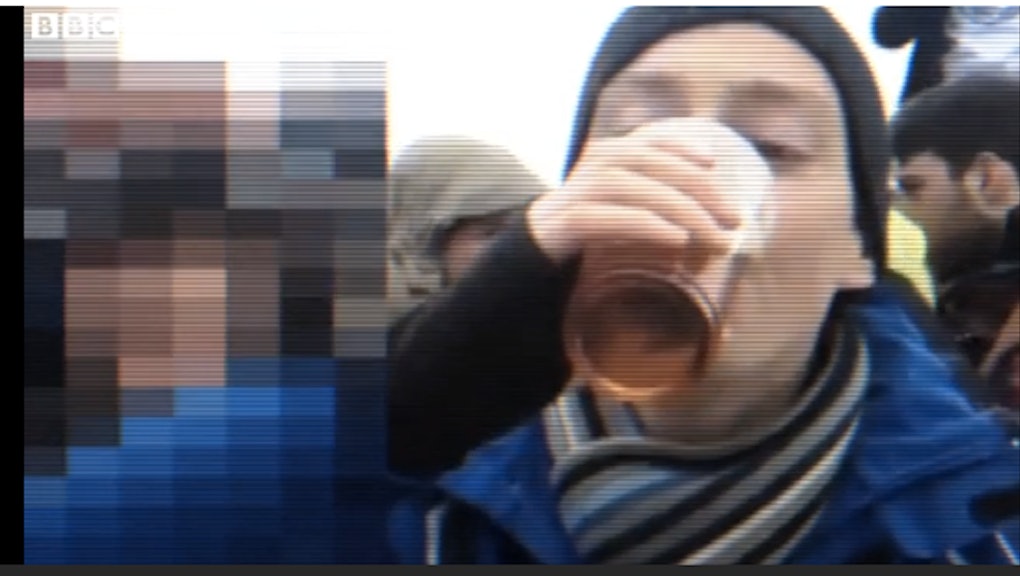 The news: Police in Britain are investigating the death of Bradley Eames, 20, who died after downing nearly two pints of gin. Why did he do it? A crazy new drinking game called "Neknomination."

The game has also been blamed for an Irish teenager's death earlier this month. Jonny Byrne, 19, died after jumping into the River Barrow in County Carlow. According to his family, he'd been playing Neknomination — where people chug (or "neck," in what we can only guess is a U.K. term) a pint of an alcoholic beverage before posting a video of the act online and daring others to do the same.

According to his brother Patrick, Byrne "thought he had to try and beat the competition. After he necked his pint, he jumped in the river."

"If people have any decency and respect, they will refrain from any more of this."

And following his death, a flurry of media reports began investigating Neknomination, and the Facebook group Northern Ireland NekNomination will be converting itself into an alcohol awareness page in a gesture of solidarity with Byrne's family.

Neknomination is also believed to be behind the death of a 22-year-old DJ in Dublin.

So what? While you wouldn't find a doctor who'd recommend it, you might rightfully point out that plenty of people have chugged a beer here or there and come out none the worse for wear. (And you might also rightfully point out that a pint of beer generally isn't that much more or less than a shot of hard liquor, depending on the percentages.) Stupid? Yes. Life-threatening? Debateably.

But according to Tom Walters at Planet Ivy, Neknomination is out of control. It now features youth drinking entire bottles of hard liquor and more dangerous substances. Just check out this dude:

And this girl chugging a bottle of Jägermeister:

But other than a few highly visible examples, it's not at all clear that Neknomination is worthy of the moral panic. The Irish Herald's Gerry O'Carroll points out that 88 deaths a month in Ireland are directly attributable to alcohol consumption, while one in four deaths of men aged 15-39 is due to drinking. Compared to that, NekNomination is a drop in the bucket.

And The Telegraph's Stuart Hood, who admitted to having participated in the game himself, points out that demonizing Neknominate will make it even trendier and extend its lifespan. He has a point — all that media coverage of the Cinnamon Challenge definitely led to

The bottom line: It's truly tragic that a stupid social media drinking game may have led to deaths. But it's not at all clear that the game is even the cause of it.