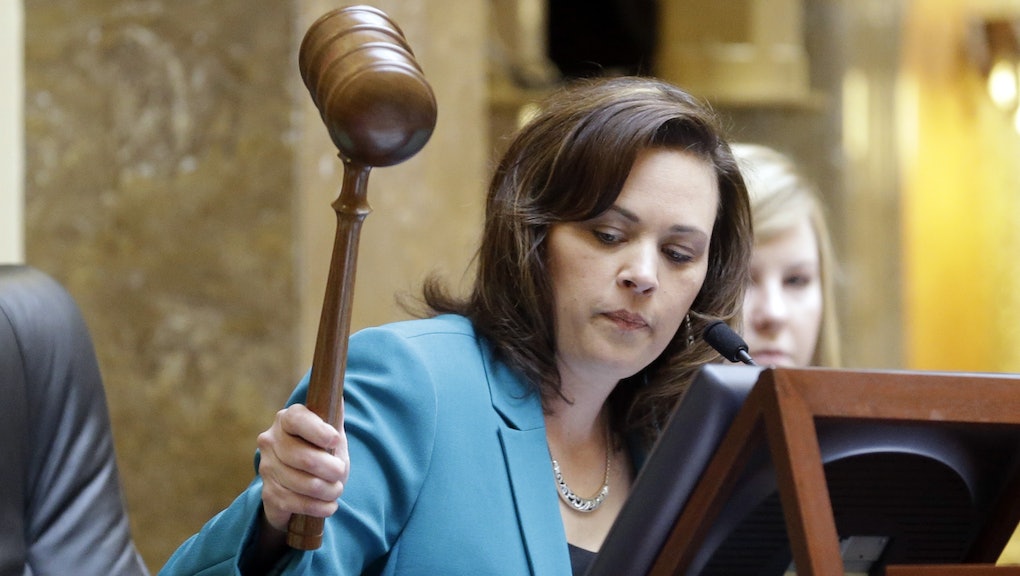 One of the great ambitions of socialists is universal housing, and it's ironic that the first state to have a policy like it is one of the most conservative in the nation.

It's proof that if you let data guide policy decisions, it's often progressive policies that win out.

Universal housing does seem like the kind of thing that would never happen in America. Unionized labor? Check. Social Security? Sure. Subsidized healthcare, childcare and groceries? We're working on it. Even the guaranteed minimum income has found support from sources as disparate as Tip O'Neill and Milton Friedman. But to have a home for every citizen with the state stepping in for those unable to afford shelter on their own? In this country? Forget about it.

Or don't. In 2005, one state defied "political feasibility" and began handing out free apartments to the homeless. These were neither temporary accommodations or shelters for the night. They were not welfare-to-work, or only if you're married, or just-take-this-drug-test: just free apartments, no strings attached. Nine years later, they've reduced long-term homelessness by 74% and are on track to eradicate it completely by 2015.

Which bastion of leftist menace is responsible for such a radical experiment in welfare expansion? Is it Massachusetts? California? The Independent Republic of Portland?

According to Housing Works, the state agency responsible for the plan, the "ten-year action plan" is a deeply progressive, multi-tier aid scheme that is being employed to provide varying levels of assistance, according to varying levels of need (why does that sound familiar?). As reported by their website:

While the big-ticket free apartment program falls squarely under "mitigation," those struggling with the housing they already have or are currently facing unusual circumstances (like imminent re-integration into society), also qualify for assistance:

Prevention programs offer support prior to the loss of housing such as rental and utility payment assistance for low-income families. Discharge plans ensure housing connections are made for individuals leaving institutions, such as jails, hospitals, and substance treatment facilities. For those currently in shelter, treatment of homelessness takes the form of rapid re-housing or placement into housing with concurrent supportive services.

What the hell is going on? Did we all go to sleep last night and wake up to discover that Utah has secretly been run by the revolutionary vanguard this whole time? Well, no. But it probably didn't hurt that Utah is so conservative that there isn't much political competition at the state level there. This allows the policy wonks to crunch numbers without worrying that it might mean giving up an opportunity to exploit the class anxieties of (largely white, suburban) swing voters with the latest batch of personal responsibility bandwagon B.S. talking points like...

So what happened? NationSwell reports:

In 2005, Utah calculated the annual cost of E.R. visits and jail stays for an average homeless person was $16,670, while the cost of providing an apartment and social worker would be $11,000. Each participant works with a caseworker to become self-sufficient, but if they fail, they still get to keep their apartment.

Under the cover of sound financial planning, a deeply progressive solution to homelessness came to Utah. Even if their bootstraps prove too loose for pulling, they still get to keep their apartment. It turns out that when you crunch the numbers, you end up with policy proposals that liberals have been advocating for years. Shockingly, this hasn't led to a spat of otherwise well-disciplined Utahans abandoning their jobs or rent payments because "the state will just give them a handout." In fact, having somewhere to eat, sleep and bathe has even helped many of the once chronically homeless find jobs and eventually move into (nicer) private apartments.

The plan has worked so well that now famously liberal Wyoming is considering a massive apartment handout of its own. Viva la revolution!

Of course, the success of Housing Works in Utah isn't going to usher in a new age of progressive consensus in that state. But just because this particular initiative came about under the auspices of fiscal responsibility, not as the result of a spontaneous embrace of cognitive empathy by the Utah GOP, doesn't mean that it doesn't hugely benefit the cause of liberal moral vision in this country.

Thanks to Utah, we now know that such a program can work. Moreover, it's been proven by a state that nobody can accuse of "nanny-state" intent. But fundamentally, the Beehive State's success has helped normalize the idea of long-term, state-funded housing. Once an idea which helps people becomes manifest in policy, it's difficult to prevent it from becoming part of our basic conception of the social contract.

It's like Social Security. In the 1930's, moderate Republicans called it the "whip of the dictator." Today, even the fringe efforts of lunatics and libertarians to tamper with America's promise to the elderly must be couched in the language of "improvement" and "reform." If progressive housing provisions spread to other states, it won't be long until this country assures it's 3.5 million homeless access to our 18.5 million vacant homes and saves a bundle in the process.

What's even better than slowly normalizing policy goals once deemed radical? Housing Works provides help to those very most in need of it, and that's what really matters.