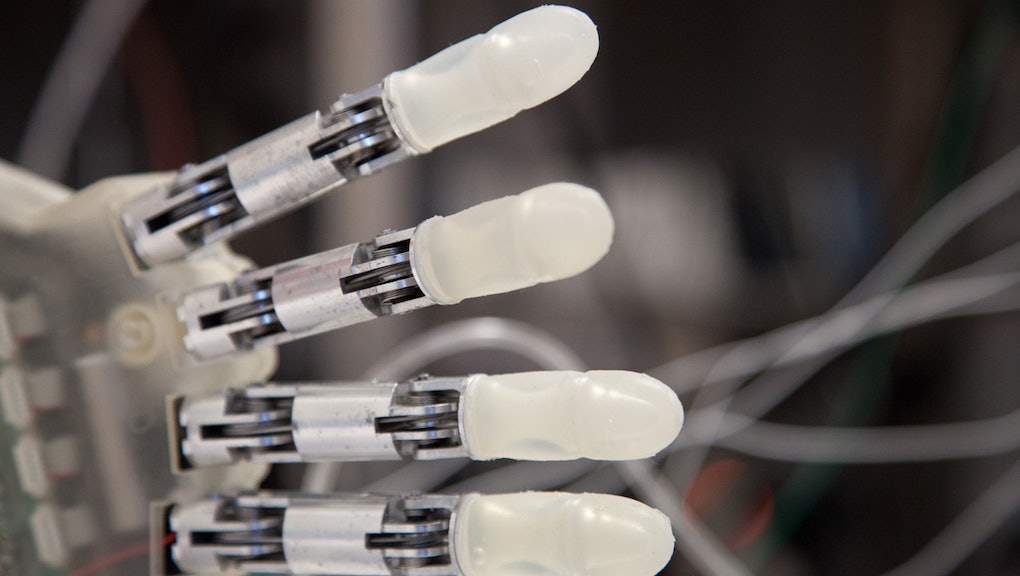 This Bionic Hand Has Restored a Man's Sense Of Touch. Here's How.

"Suddenly you could see my left hand was talking to my brain again and it was magic!" Dennis Aabo Sørensen, 36, lost his hand after a firework accidentally exploded on New Years Eve in 2004. Nine years later,  Dennis can finally “feel” again.

A team of researchers have successfully restored Dennis’ touch with a special bionic hand. The hand is wired directly into the nerves of Sørensen’s arm, and sensors located in its fingers translate touch into electrical signals that are eventually fed to the brain.

“The sensory feedback was incredible,” Sørensen reports. “I could feel things that I hadn’t been able to feel in over nine years. When I held an object, I could feel if it was soft or hard, round or square.”

Around 50% of amputees don’t use their prosthetic limb because of issues with comfort or control. This bionic hand represents a major breakthrough because the ability to feel allow us to make important fine-tuned adjustments when we interact with the world. “This is the first time in neuroprosthetics that sensory feedback has been restored and used by an amputee in real-time to control an artificial limb,” said lead doctor, Silvestro Micera.

How Does It Work?

2. An electrical signal is generated.

3. The electrical signal can’t be understood by the body’s nervous system so it is sent to a computer.

4. Computer translates the signal into a "readable" form.

5. Refined signal is sent back to electrodes implanted in the patient's nerves.

6. The brain is able to read the new signal and interpret the feeling of touch.