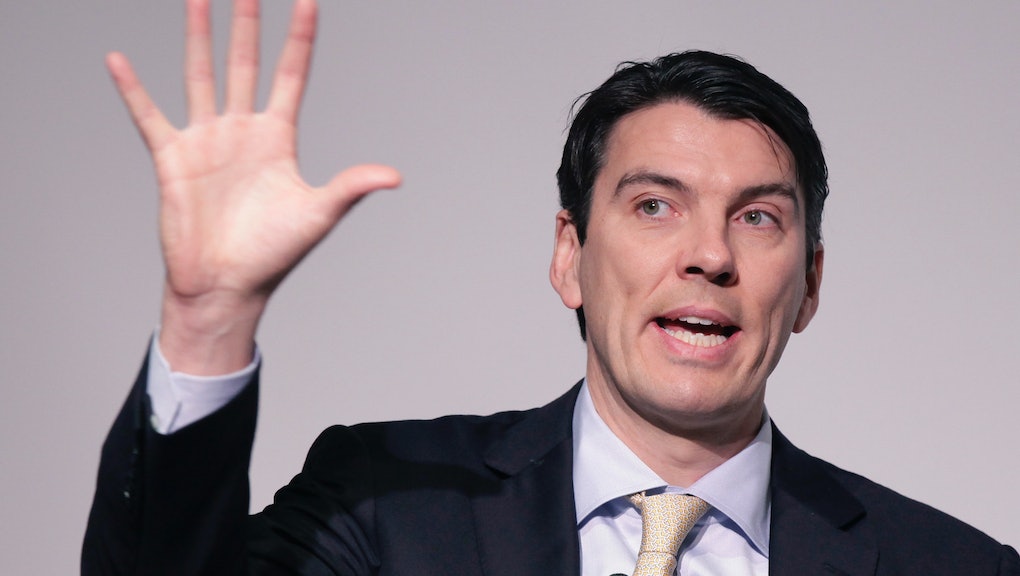 Babies don't get blamed for much. But that's exactly who AOL CEO Tim Armstrong was eying when he told employees that two of their babies were to blame for a change to the company's 401(k) plan and overall benefit package.

"We had two AOL-ers that had distressed babies that were born that we paid a million dollars each to make sure those babies were OK in general," Armstrong said in a conference call Thursday. "And those are the things that add up into our benefits cost. So when we had the final decision about what benefits to cut because of the increased healthcare costs, we made the decision, and I made the decision, to basically change the 401(k) plan."

Effective immediately, employees will no longer be eligible to collect matching retirement funds for any given year if they leave before Dec. 31 of that year. Basically, if you're going to quit working at AOL, do it in January.

Armstrong blamed Obamacare for the change in benefits, saying that the Affordable Care Act (ACA) increased AOL's annual costs by more than $7 million.

Many think the ACA is a merely an excuse for AOL to cut overhead costs.

"Assuming AOL had reasonably generous coverage like most large employers, it should not have experienced any significant changes in its benefit structure for 2014," Tim Jost, a law professor at Washington and Lee, told ThinkProgress. "Perhaps it had to pick up a few more employees that had not been covered before or reduce premiums for a few employees, but it is hard to see $7.1 million here."

Bloggers aren't buying either of Armstrong's excuses. Sam Biddle at Valleywag took to tongue and cheek humor after calling the new plan "selfish."

"Despite what the Washington Post wrote and despite the pay cut, AOL is still a family," said Business Insider's Nicholas Carlson. "They say the numbers came up because Armstrong wanted to speak to all employees the way he speaks to his senior staff." Sure.