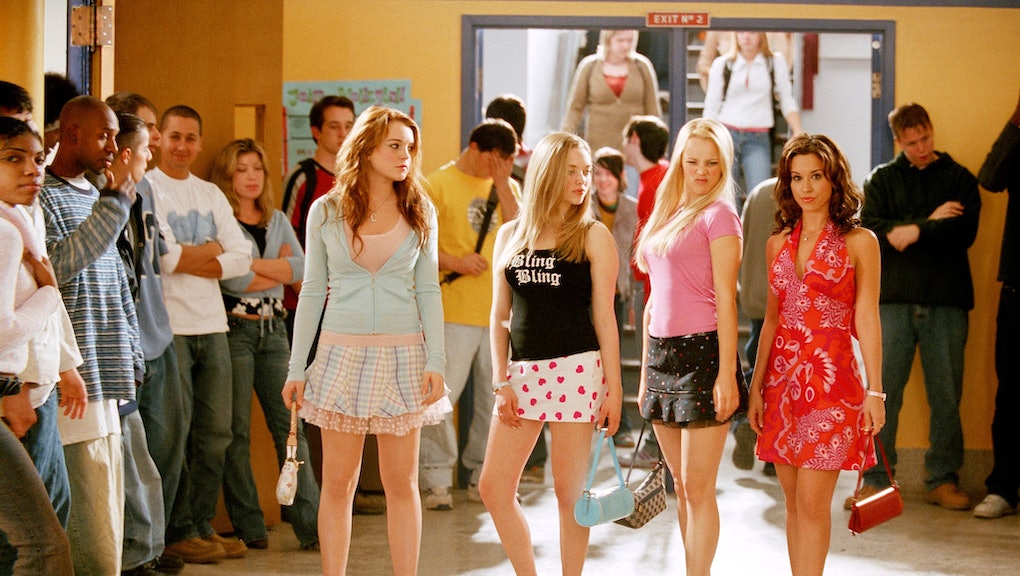 Believe it or not, this spring will mark the 10-year anniversary of Mean Girls — an incredible fact, considering how many people still quote the film on a daily basis and share its gifs all over the Internet.

The Tina Fey-written masterpiece has held up so well because of the hilarious honesty with which it portrays the issues that women and young girls face. But it seems the Motion Picture Association of America (MPAA) did not appreciate this honesty at first; the organization almost gave the film an R-rating simply because the director had the audacity to call female genitalia by its actual name.

In fact, the MPAA took issue with numerous lines in the script, forcing the writers to compromise on some. For example, the line "Amber D'Alessio gave a blow job to a hot dog," had to be changed to the absurd "Amber D'Alessio made out with a hot dog."

But director Mark Waters fought hard against the MPAA's judgment on certain lines. "The line in the sand that I drew was the joke about the wide-set vagina," Waters reports in an interview with Vulture. "The ratings board said, 'We can't give you a PG-13 unless you cut that line.' We ended up playing the card that the ratings board was sexist."

In making his case Waters cited the recently-released Anchorman, rated PG-13, which includes a scene in which Ron Burgundy has a massive erection.

"We told [the MPAA], 'You're only saying this because it's a girl, and she's talking about a part of her anatomy. There's no sexual context whatsoever, and to say this is restrictive to an audience of girls is demeaning to all women.'"

Eventually the MPAA backed down, and that memorable vagina was described in all its glory.

Waters showed some real cojones in standing up to the MPAA. This is the kind of action we need more directors to take if Hollywood is ever going to rid itself of the misogyny that has plagued its past and still limits its future. For now, a big "thank you" to Waters will have to suffice. So thank you, Mr. Waters, for setting the standard and making our films so much more fetch.