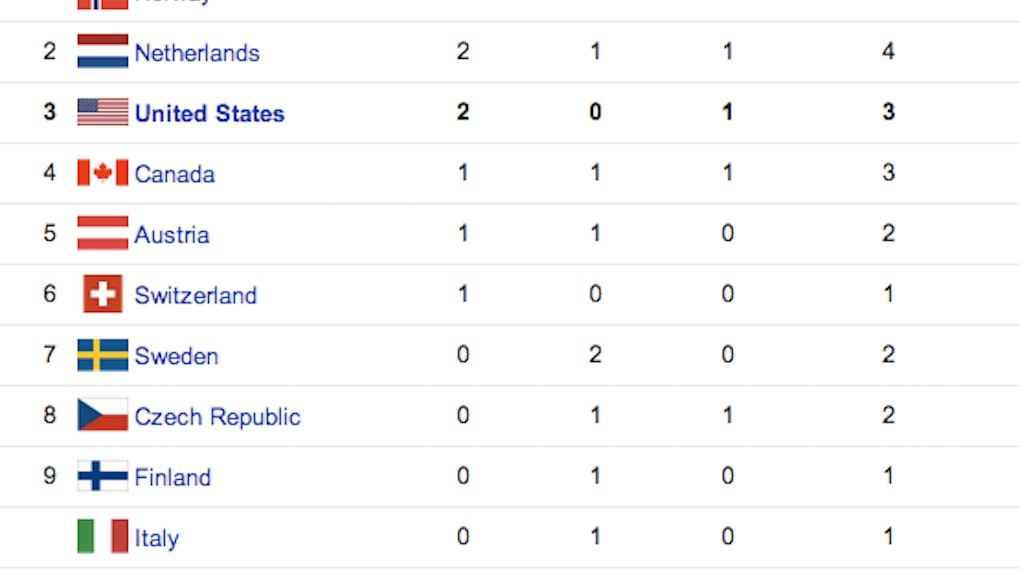 Which Country Has the Most Gold Medals? Full Sochi Medal Count Here

We're just a couple days into the Sochi 2014 Winter Olympics, but some participating countries have already started racking up the medals. Out of a total 98 medal events of the games, 13 had been awarded, and there haven't been too many surprises so far. Norway is in first overall with six medals (two gold), followed by the Netherlands with four (also two gold) and then the United States at three (two gold).