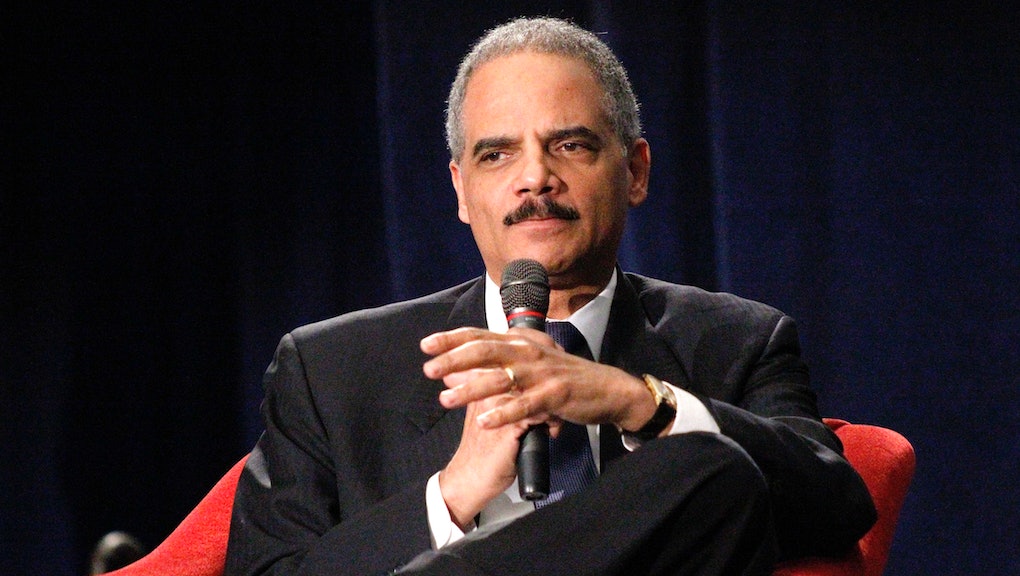 The news: In a major move toward marriage equality, Attorney General Eric Holder announced Sunday that the federal government will expand the legal rights of married same-sex couples — even in the 34 states where same-sex marriage isn't yet legal.

"Just like during the civil rights movement of the 1960s, the stakes involved in this generation's struggle for LGBT equality could not be higher," Holder said in a speech. "As attorney general, I will not let this department be simply a bystander during this important moment in history."

The background: The landmark move is unfortunately limited to areas of federal jurisdiction; the Justice Department cannot force same-sex marriage to be recognized in states where it is not legal. Still, the announcement is being widely lauded by marriage equality activists, who view the expansion as significant action by the federal government to normalize same-sex marriage.

"While the immediate effect of these policy decisions is that all married gay couples will be treated equally under the law, the long-term effects are more profound. Today, our nation moves closer toward its ideals of equality and fairness for all," said Chad Griffin, the president of Human Rights Campaign (HRC), in a statement.

Holder previewed his announcement at the HRC gala on Saturday evening. After an advanced copy of the speech got published before the gala, a Justice Department official confirmed that Holder will institute the new policies in a memo on Monday.