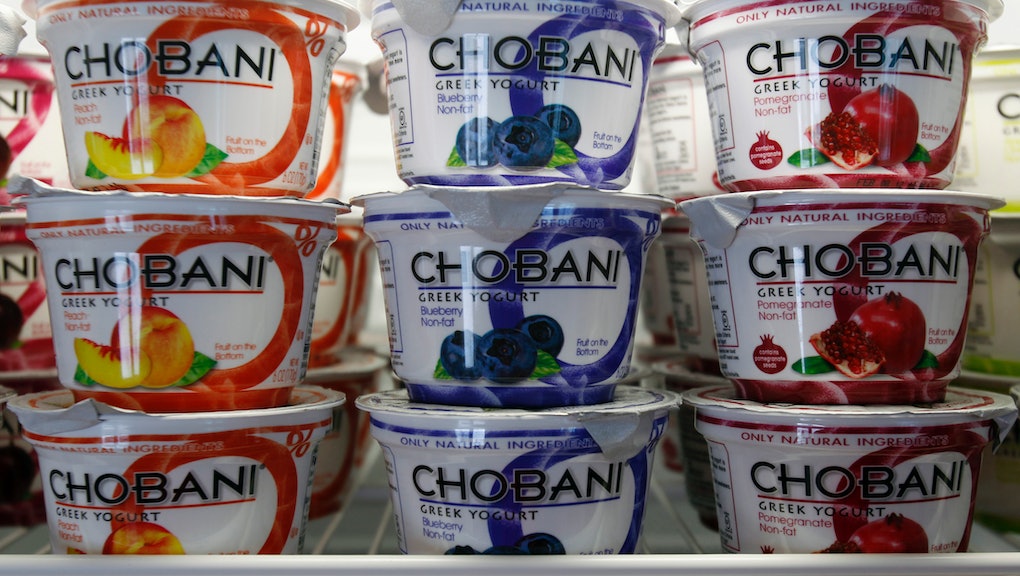 The 2014 Sochi Winter Olympics are well underway, but the games have definitely seen some controversy including product bans on meat and dairy that Russian officials are sticking by despite the cries of its resident Olympians. We break down what's been banned and why during Russia's moment in the spotlight.

The most famous Olympics ban has been Russia's refusal to accept a 5,000-unit shipment of Chobani yogurt, which it forbids from entering the country due to incomplete paperwork. The yogurt is currently waiting for the green light in a storage facility near Newark Liberty International Airport.

Both Chobani and American politicians have wasted no time in chastising Russians for depriving athletes abroad. "I'd like to think that yogurt could have diplomatic immunity," Peter McGuinness, chief marketing and brand officer for Chobani, told the New York Times.

"There is simply no time to waste in getting our Olympic athletes a nutritious and delicious food," said Sen. Chuck Schumer (D-NY) in a statement.

It seems like American officials are locked in an uphill battle to get their yogurt to Sochi before the end of the sixteen-day competition, though the Russians are hoping the food will expire before diplomatic tensions escalate any further.

After briefly facing an import ban, Belgian chocolates are officially allowed in at the Winter Olympics. Russians initially objected because of concerns over the dairy in the chocolates, but quickly recanted their complaints when other Olympic delegations expressed their dissatisfaction with Russia's decision.

"Initially, we received a No. However, after different delegations had expressed their discontentment about the decision, the problem was solved, especially with regards to the Olympic Village," Eddy De Smet, the head of the Belgian Olympic Committee told the Telegraph. "We have now received the go-ahead."

Dutch meatballs or "bitterballen" are also among the food products recently permitted in Sochi. The deep fried beef dish was blocked by Russian authorities over "food safety" concerns related to the meat used. The Netherlands delegation ordered enough meat to make 38,000 meatballs, though it remains unclear whether or not any of the bitterballen will be enjoyed in the Olympic Village.

The Olympics' ban on Burger King has nothing to do with food safety. The company is banned from the games because of McDonalds' worldwide Olympic sponsorship, ensuring that the company's golden arches are seen far and wide (and by television audiences). Olympic athletes are also performing under a de facto Burger King ban, not that a Whopper will help anyone in downhill skiing.

Pepsi is also banned from the Olympics because of worldwide sponsor Coca-Cola. Coke, which has sponsored the Olympics since 1928 when they were held in Amsterdam, considers itself among the most ardent corporate sponsors of the summer and winter games. Coca-Cola has agreed to continue its Olympic sponsorship until 2020, when Tokyo becomes the first Asian city to hold the games twice.