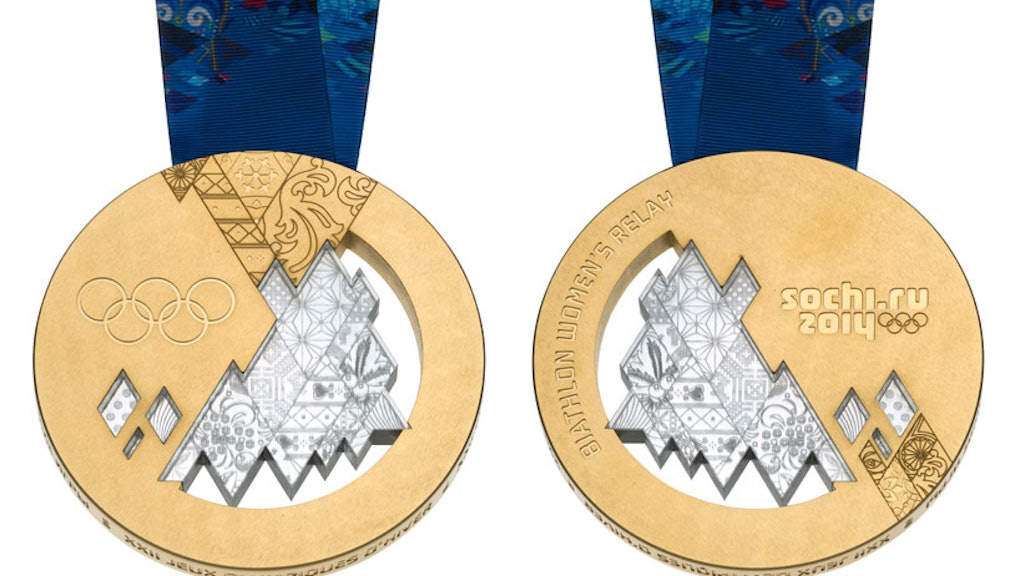 On Feb. 15, the gold medals at the Sochi Olympics will get just a bit more special: the winners will receive pieces of a Russian meteorite embedded in their medals. Ten special commemorative medals have been crafted, and these will be given to the winning athletes in addition to their official Olympic medals.

The day will mark the anniversary of the 2013 Chelyabinsk meteorite, which "glowed 30 times brighter than the sun, sunburned observers, and delivered the biggest astronomical punch felt on Earth in a century," according to National Geographic. It eventually "exploded with the force of 20 atomic bombs across western Siberia, injuring more than 1,000 people around the city of one million," and damaging Olympic buildings. Scientists have called the event "a wake-up call from space" that might portend more dangerous asteroids and meteors in the future.

If you don't remember what happened, here is a pretty scary montage video:

But the Sochi officials are clearly not holding any grudges, because they have decided to celebrate the meteorite's anniversary with the special "cosmic medals."

"We will hand out our medals to all the athletes who will win gold on that day, because both the meteorite strike and the Olympic Games are the global events," announced Chelyabinsk Region Culture Minister Alexei Betekhtin.

Forty additional commemorative meteor medals have been crafted to be sold to private collectors.

Check out photos of the medal-making process here.