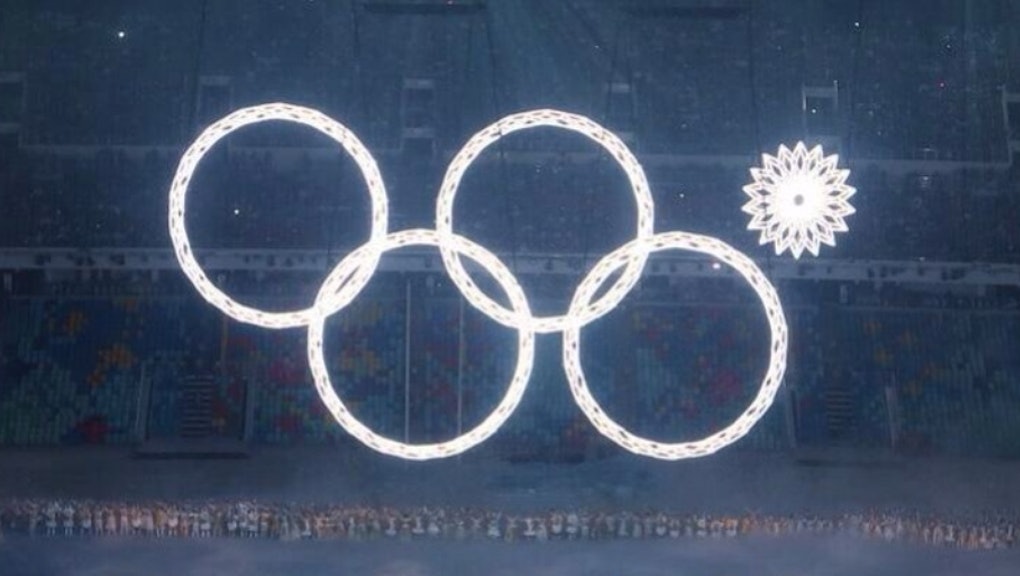 Was the Guy Responsible For the Faulty Olympic Ring Just Murdered? Here's the Real Story.

With #SochiProblems trending on Twitter, replete with horror stories of everything from poisonous water to stray dogs infesting hotel rooms, the world's schadenfreude against Russia is reaching dangerous levels.

Sochi has officially crossed into the point where it's impossible to separate reality from parody, which gave website The Daily Currant the liberty to "break" a horrifying story — that Russian lighting technician Boris Avdeyev was found murdered after the opening ceremony's five animatronic snowflakes malfunctioned.

Although Avdeyev's body was found "mangled," police weren't investigating, according to the Currant:

“Sure there were stab wounds and bruises all over the body,” admits the lead investigator on the case. “But who knows what caused them. Maybe he tripped and fell on a set of knives. Right now we’re ruling this an accidental death.

“It’s terrible when accidents like this happen. But then again, maybe Mr. Avdeyev should have thought twice before he screwed up the Olympics. Accidents tend to happen to people who betray Russia.”

“Putin loves Russia to death,” said Alexander Zhukov, the Russian Olympic Committee president. “He also loves accountability ... If he feels the Ceremony reflects him, who knows what he’ll do to seek justice."

As The Daily Dot notes, the link was soon being shared all over Twitter and Facebook, mostly by people who didn't register that The Daily Currant is satirical. (The recommended story appearing below the Russian one is "Justin Bieber Rushed to Hospital Following First Erection.")

The real designer behind the lighting rig is George Tsypin, who previously worked on the notoriously terrible Broadway show Spider-Man: Turn Off the Dark. That man is not dead ... presumably.

Of course, the article already contains numerous hints to its inauthenticity, such as hotels collapsing around interview subjects or high-ranking Russian officials more or less openly admitting to murder. So you'd have to be a few shots short of a bottle of Stoli to fall for this one.