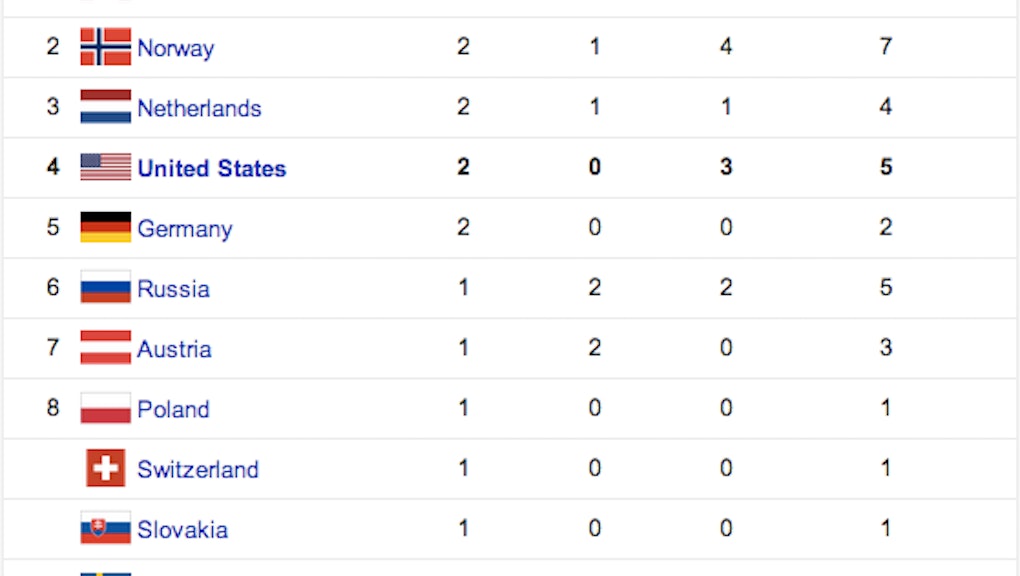 We've made it through the first weekend, which means it's time for another medal count update. Although Norway still has the most overall medals, by weighting gold above silver and silver above bronze, Canada has moved into first place with two golds and two silvers. Norway and the Netherlands have both scored two golds and one silver so far, and the United States is tied with Germany with two golds each.

In the overall count, Norway's in first with seven, followed by Canada, the U.S. and Russia with five each and the Netherlands at four. A total of 48 medals have been awarded so far.