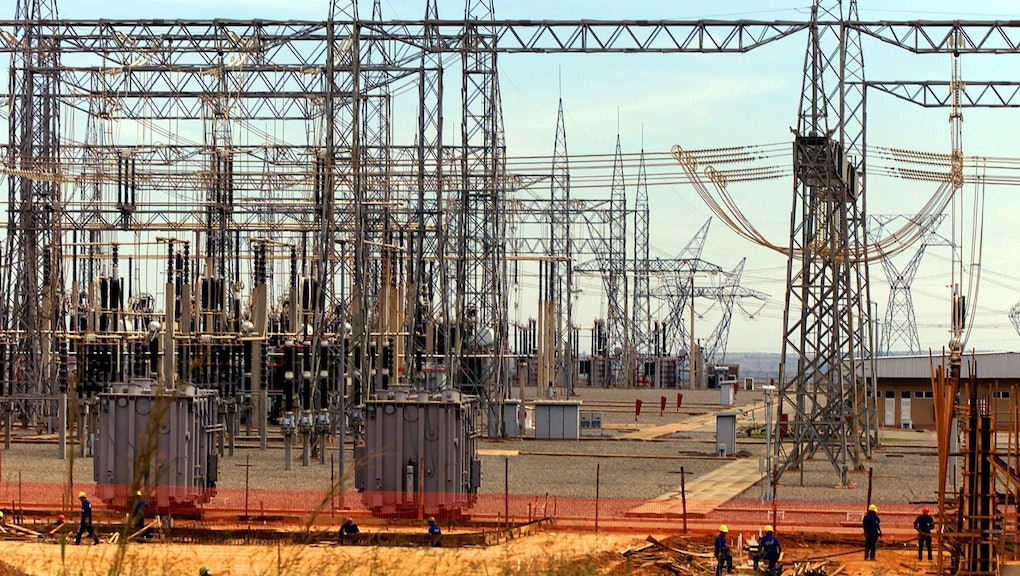 The news: "A dress rehearsal" is how retired Pacific Gas & Electric Co. (PG&E) vice president Mark Johnson described the 2013 attack on an electric substation near San Jose, one of several critical power junctions near Silicon Valley.

Around 1:30 a.m. on April 16, 2013, one or more shooters armed with semi-automatic weapons methodically cut communication cables then shot more than 150 rounds into the facility over 20 minutes, damaging 17 of 23 transformers. There were few clues other than a grainy surveillance video showing sparks flying off the chain-link fence surrounding the transformers as bullets flew past.

A power emergency was prevented due to the very low late-night power load and diverted electricity from other areas, but the damage took 27 days to repair. The chair of the Federal Energy Regulatory Commission at the time, Jon Wellinghoff, has described the attack as extremely sophisticated and executed with clear training and knowledge on how to do severe damage to power infrastructure.

"It would not be that hard to bring down the entire region west of the Rockies if you, in fact, had a coordinated attack like this against a number of substations," Wellinghoff claimed earlier in February. "This [shooting] event shows there are people out there capable of such an attack."

"Based on the information we have right now, we don't believe it's related to terrorism," said FBI spokesman Peter Lee. But "Until we understand the motives, we won't be 100% sure it's not terrorism."

Wellinghoff disagrees. "I believe this was, in essence, terrorism," adding that he believed the incident was due to "a group of individuals who were intent upon disrupting parts of the grid."

So, was it terrorism? For now, seeing as the attack didn't cause any actual terror, we can hold off on the panic. Terrorism is a famously ambiguous and loaded term, and as the FBI noted, without knowing any of the goals of those who attacked the San Jose plant, the case remains one of vandalism.

But Wellinghoff's alarm is hardly unfounded.

"We've got a vulnerability and we've got to get serious about fixing it," Granger Morgan, chief of the Department of Engineering and Public Policy at Carnegie Mellon University, told the New York Times. "Almost everything we do in modern society relies on electricity." And the National Research Council commissioned a report in 2007 that found co-ordinated attacks could leave stretches of the country without power for weeks or months.

Mix that attack with a natural disaster such as the snowstorms hitting Georgia this year or Hurricane Sandy's impact on electrical grids, and the mess would be compounded.

According to Johnson, "This wasn't an incident where Billy-Bob and Joe decided after a bunch of brewskis they were going to shoot up a substation. When you look at this event and how calculated, how well organized and how well thought out it was, it clearly indicates that a chain-link fence was not enough to secure a substation."

How do we fix it? It's obviously pretty hard to secure electrical substations across the country, but chain-link fences aren't cutting it. Wellinghoff suggests that utility companies extend lighting past the fence and upgrade their camera systems to capture saboteurs outside the range of existing security. Whoever attacked the substation in California was a mere 40-60 yards outside of the fence. Other measures could include drone surveillance or automatic sensors which alert authorities and deactivate equipment when intruders or gunshots are detected.

But it's possible the threat is exaggerated.

"When you don’t know who did it and you don't know what their motives were, it is very hard to say whether it was terrorism or not," a law enforcement official who wished to remain anonymous told The New York Times. "Some people said it looks like they had military training, some people say that you can learn this from a video game. We just don't know."