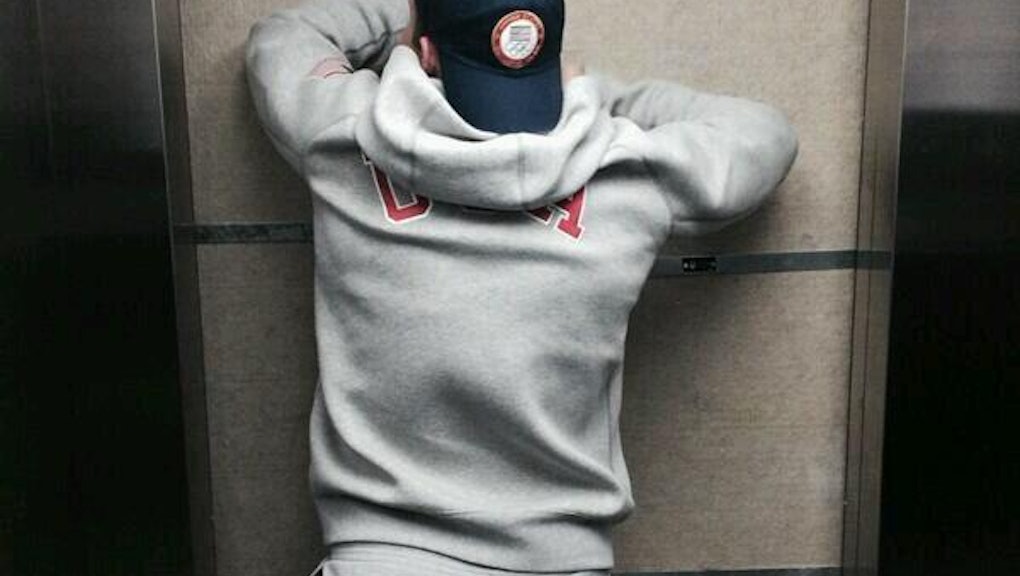 If breaking out of Sochi buildings were an Olympic sport, Johnny Quinn would certainly be up for the gold.

Just two days after having to bust his way out of a jammed bathroom, the American bobsledder found himself trapped yet again — this time in an elevator. On Monday morning, he tweeted out the following about his predicament:

Quinn's teammate Nick Cunningham and bobsled engineer David Cripps are apparently trapped with him as well:

Since his last tweet, Quinn has not updated his Twitter account. It's doubtful that he Hulk-smashed his way out again, although he did pretty good damage on that bathroom door:

He probably didn't break through the reinforced steel, but we hope he and his teammates have gotten out safely.