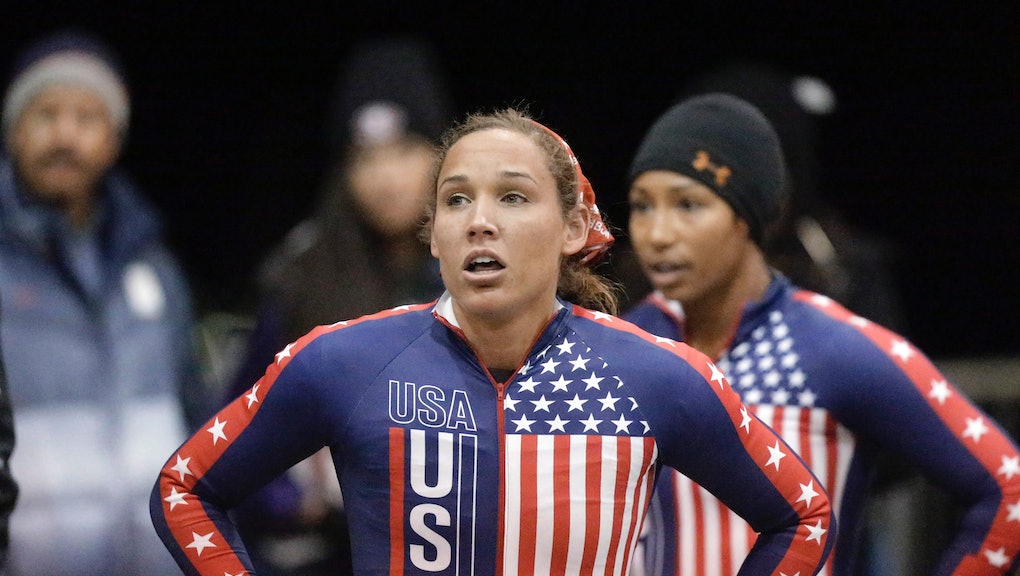 With nearly 3,000 athletes couped up in the Olympic Village, officials have taken every precaution to keep the competitor healthy and safe during the Sochi Olympics. Whether they're avoiding STDs with ample supplies of condoms or a less-risque problem like a cold, they're all over it.

So when U.S. bobsledder and former Olympic hurdler Lolo Jones was feeling a bit under the weather, she was immediately whisked into quarantine. While having a single room was probably nice for a while, there were other "comforts" she missed.

Shortly after, NBC's Nick Zaccardi reported that the USA Bobsled and Skeleton Federation said it was nothing major, tweeting:

Jones seems to be doing well though, tweeting in good fun:

Obviously, the USBSF and Sochi officials have cleared her health as Jones is now wandering the hot streets of Sochi, free to spread whatever's left of her illness to everyone else. Luckily for Jones, her bobsledding event doesn't start until Feb. 18, meaning she has more than a week to make a full recovery before it's time to compete. While Jones and her partner Jazmine Fenlator aren't exactly favorites to win their women's two-man bobsleigh event (currently pegged at 40-1), they'll still want to be healthy enough to compete to their fullest and prove why they earned a spot on the team.