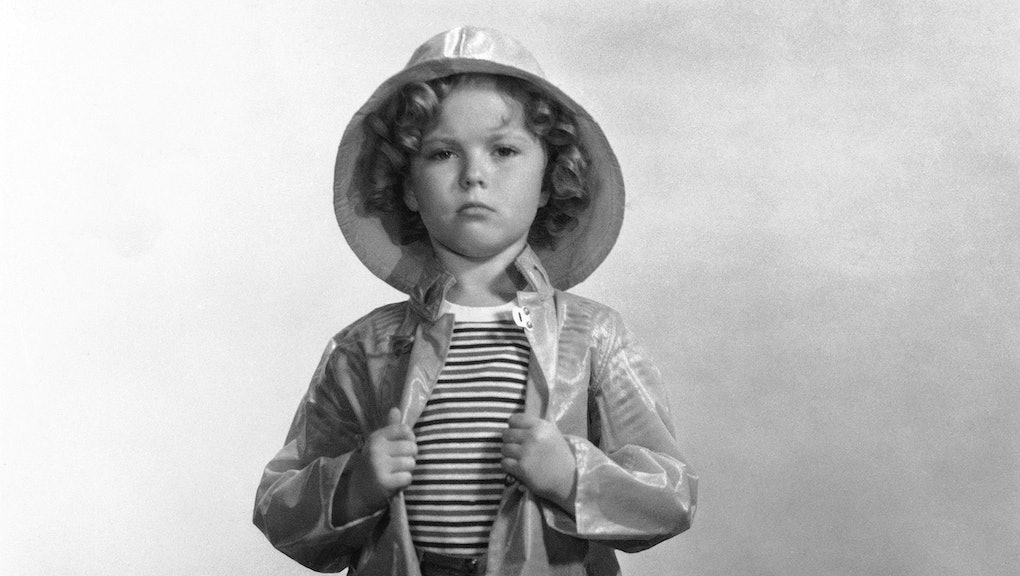 Remember the Great Shirley Temple With This Adorable Scene

Shirley Temple — the most famous child star in history — passed away last night at the age of 85. Born in 1928, she landed her first film role at just three years old, and soon became the bright, curly–haired child superstar who lifted America's spirits during the Great Depression. "America's Little Darling" starred in 23 movies during those years, and was easily the most popular actor — or person, even — at the time; she was photographed more often than beloved President Franklin D. Roosevelt.

Temple's best–known films include Stand Up and Cheer!, an ensemble Depression–themed musical, and Bright Eyes, in which she performed this iconic rendition of "On the Good Ship Lollipop":

Chances are, even if you'd never seen this clip or had no idea which movie it's from, you know the words. The scene really shows just how adorable Temple was, not to mention how talented. She sang, danced and commanded attention in any scene — not bad for a 5–year–old. It's not hard to imagine how easily she cheered up a sad, downcast nation.

Temple also set the precedent for growing gracefully from child star to successful adult. After a 43–film career, she found she was no longer in demand as a teenager or 20–something, and quit acting for good at the age of 22.

She married businessman Charles Aden Black, and in 1967 she ran for Congress as a Republican in California. She lost, but was soon appointed by President Richard Nixon as a delegate to the United Nations, beginning her long career as a diplomat — a natural career for someone so beloved worldwide. She served as ambassador to Ghana and Czechoslovakia, and retired in 1992.

She passed away of natural causes at her home in Woodside, California, surrounded by family.