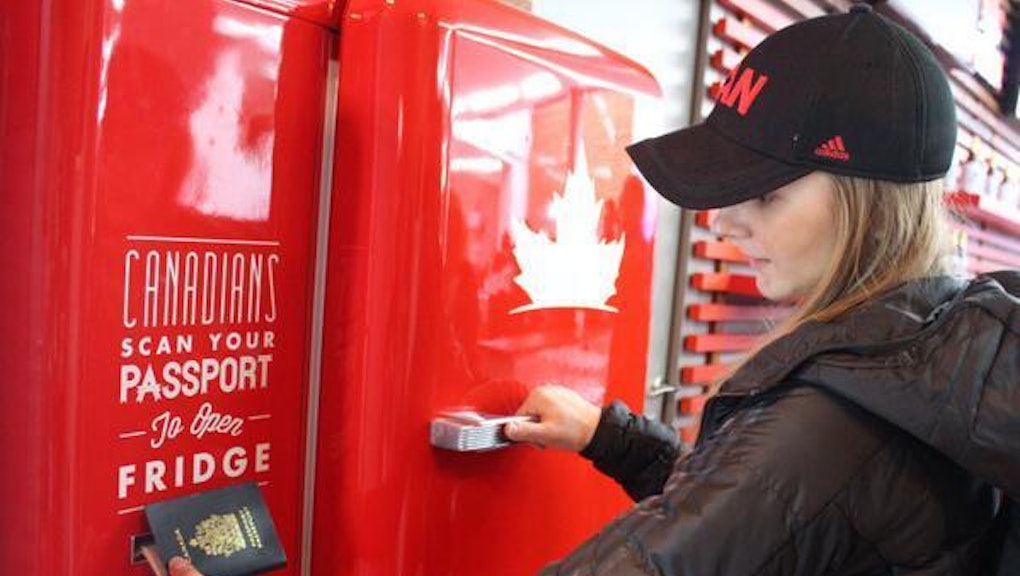 Being an Olympic athlete is pretty cool. You get to compete for your country with the best in the world and possibly go down in your sport's history ... but, you also get free stuff. Tons of free clothes and equipment and other perks ... like maybe free soda!?

#wow indeed. But if only you could get something useful during the Olympics, or something a bit less unhealthy than Coca-Cola — these are world-class athletes after all.

That must have been exactly what Team Canada was thinking when they rolled in this bad boy:

That's right — there's a Canadians-only beer fridge at the Sochi Olympics. By scanning an official passport, Canadians get access to this awesome beer fridge stocked with plenty of cold Molson Canadians (a rough equivalent to Budweiser). So while other countries go ahead and enjoy their free soda, Team Canada is sitting pretty with a well stocked fridge — #betterthanwow.

Of course, this isn't the first time Molson has rolled out this amazing fridge. Last year, Molson released this ad where they put the fridge in various places in Europe to both make traveling Canadians feel at home and stir up some excitement about this arguably mediocre beer. It's pretty cool.