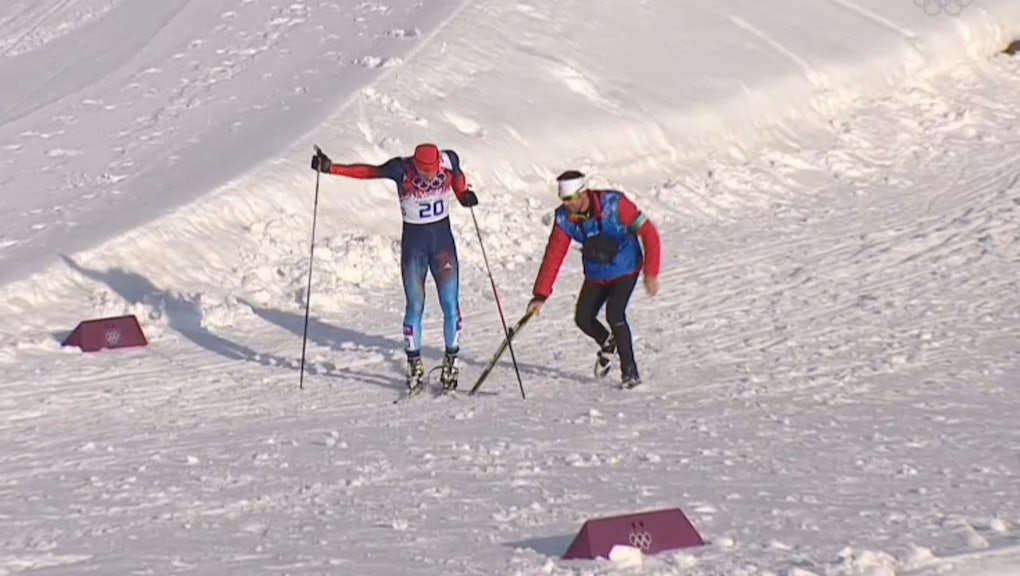 When Russian athlete Anton Gafarov fell down and broke his skis during the men's cross country individual sprint finals, it looked as though he wouldn't be able to make it to the finish line. After crashing hard halfway through the course and damaging his skis, Gafarov attempted to push himself with the poles; he then promptly fell again, this time breaking his skis in half.

But just as it looked as though Gafarov would have to quit the race, something wonderful and surprising happened: Canadian coach Justin Wadsworth ran to Gafarov with a replacement pair of skis, and helped put them on himself:

Thanks to Wadsworth's help, Gafarov was able to complete the race, as onlookers cheered him on:

Gafarov managed to cross the finish line nearly two minutes after the leaders and in last place, but he received a rousing standing ovation from the supportive crowd.

While his stumble may have cost him the race, Gafarov was able to complete the race on his own two feet — all thanks to a coach from a rival country, who did not let the competition stop him from helping out an athlete in need. Moments like this show why we have the Olympics in the first place, and why we still need them today.