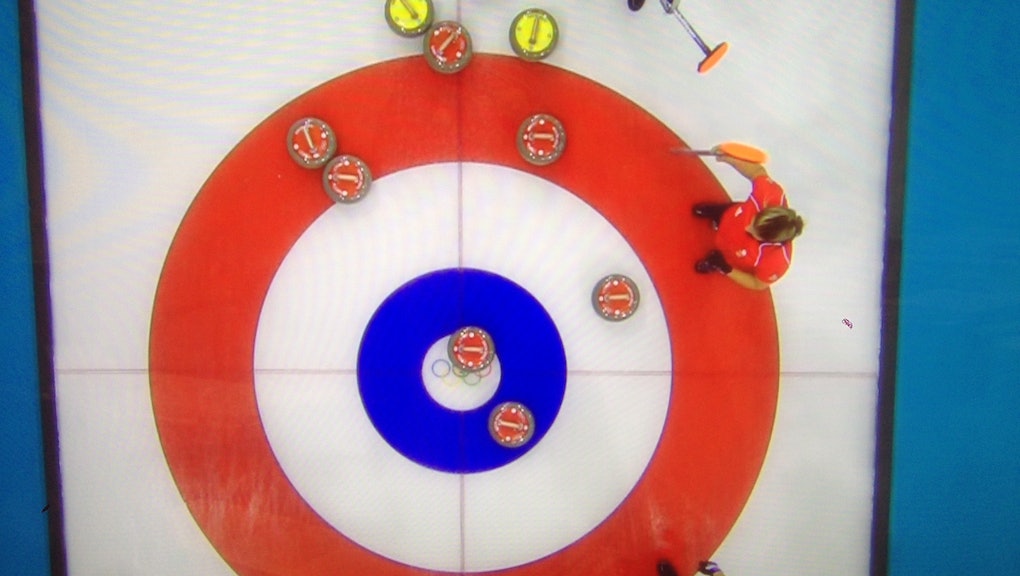 In the fourth end of their match on Tuesday against the United States, the women from Team Great Britain posted an eye-popping seven points. You will be hard pressed to find a seven-ender, especially at the highest levels of international competition.

In theory, it is possible to score up to eight points in an end, but that is extremely rare, and nearly impossible. Eight-enders are talked about like mythical happenings — some people argue an eight-ender is more difficult to achieve than a hole-in-one in golf or a 300-game in bowling. An eight-ender is sometimes compared to a perfect game in baseball.

The next closest thing, of course, is a seven-ender. Why is a seven-ended so difficult to achieve? It all has to do with how scoring in curling works. Here is a quick overview:

A team receives one point for each stone that is within the house and is closer to the button (center of the target area at the end of the sheet) than any of the opposition’s stones. Only one team can score points in an end. Each stone that meets these criteria is worth one point. A full game consists of ten ends and the team with the most points at the end of the game is the winner.

Teams take turns throwing stones one at a time, which means the team that goes second also gets to throw the last stone, or control the hammer. Controlling the hammer is the most common way to score points because of the ability to knock out other stones. This is why the team with the hammer is often described as having "last stone advantage."

If a team scores points with last stone advantage, the hammer goes to the other team for the following end. At the conclusion of an end, if no stones remain in the house, no points are awarded. Teams often choose to keep an end scoreless — as opposed to scoring only one point — so they can keep the hammer and carry last stone advantage over to the next end.

A team will typically score between zero and two points in an end. Occasionally, a team will score three or more points.

A version of this post originally appeared on HitTheBroom.com

For more information about curling, visit www.HitTheBroom.com and check out the casual fan's guide to curling.