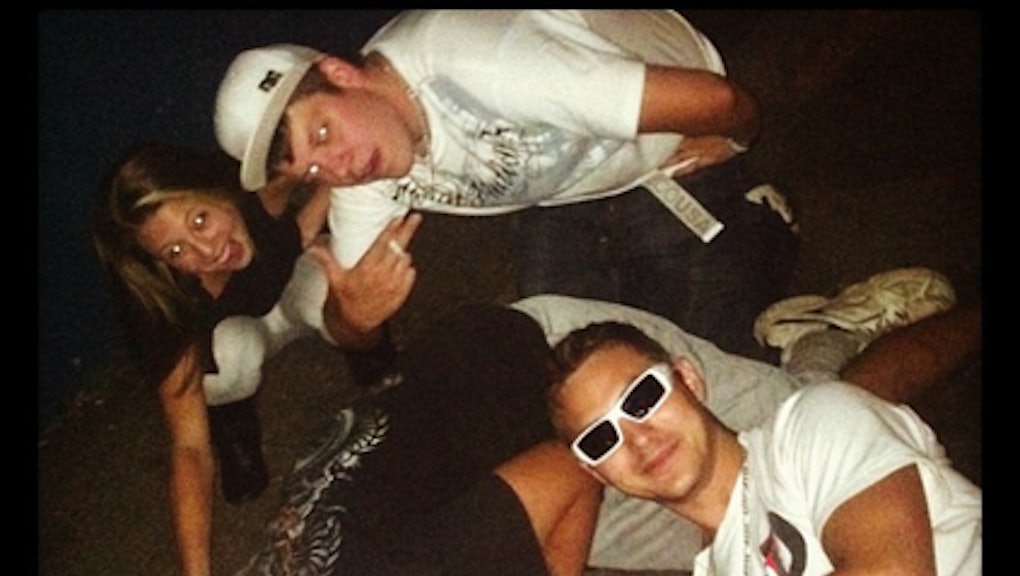 Selfies With Homeless People is a Sick New Trend

Degrading selfies with homeless people are apparently something common enough to form an entire Tumblr named Selfies With Homeless People, created by the same guy that brought you Selfies at Funerals and Selfies at Serious Places (think the Holocaust memorial).

Ugh. There's apparently enough of this stuff to fill a few pages, with some nauseating examples below:

Creator Jason Feifer, a senior editor at Fast Company, announced the creation of the site on his Twitter account on Monday.

Feifer told Business Insider that the cringe-inducing collection of images (which are intended to criticize and mock, rather than celebrate, the horrible behavior of the people featured in them) was inspired by his previous work collecting narcissists taking selfies in other inappropriate situations.

One of my favorite things about social media is seeing so many people, without knowledge of each other, do or say the exact same thing. It's like a gigantic social experiment in odds-making — why do some ideas become so common? And I think it's even more fascinating when all these people have the same highly questionable idea. Selfies are just a perfect expression of our basest Internet urges: They can be meant seriously or a joke, they're both communicative and totally self-centered, are both meant to be private and public, and prominently feature the person taking the action.So I gather these because I think it's useful to look at them as a group and wonder: Why is this happening over and over?

The new Tumblr includes links to donate to City Harvest or Habitat For Humanity, organizations which help, rather than degrade, the homeless.

Oh, and in case you needed a hint, don't take a selfie with a homeless person. On a scale of one to "everyone that sees this will lose respect for you permanently," this is a Rob Ford crack video levels of awfulness. And it's very, very sad.