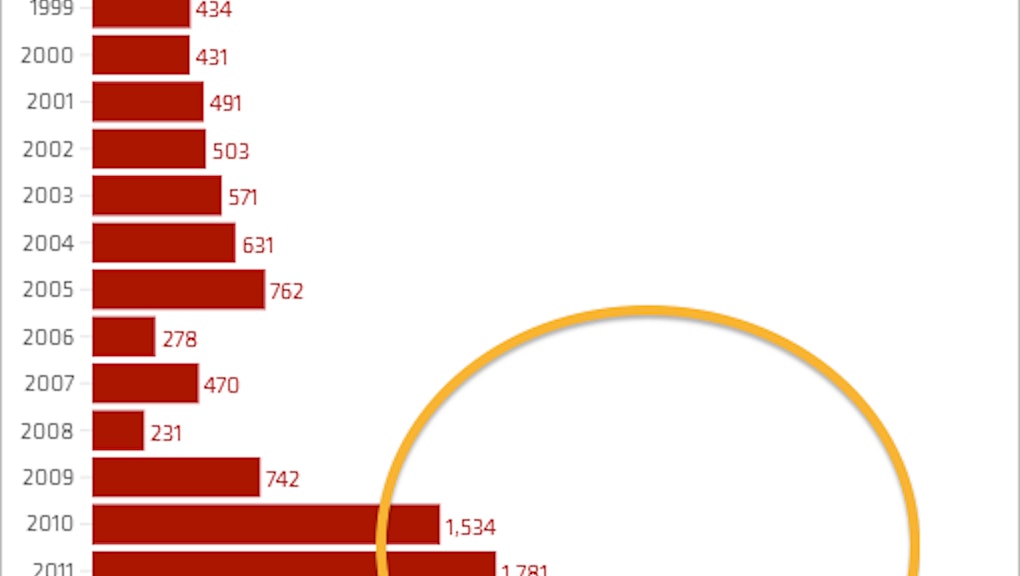 There Has Been a Record 221% Spike in Americans Renouncing Their Citizenship. Here's Why.

But the popular narrative here is likely wrong. As tax expert Robert W. Wood explains, while the tax burden on those who live in another country and continue to pay U.S. taxes or who renounce their citizenship (thus triggering a 30% exit tax) is complicated and often high, very few of those leaving are doing so to protest high taxes. While some have left the country to guard their riches against redistribution to the herd (such as Facebook co-founder Eduardo Saverin), the vast majority of citizenship renunciations primarily involved tax rates as "only one factor." And it's worth noting that even the 3,000 recorded is still a pretty small number.

Instead, what's happening is that expatriates have recently become aware that the American government is stepping up their enforcement of tax laws on the books, resulting in a spike in the number of those who have decided to make their switch this year.

- First, those who were not previously aware of standing tax requirements for Americans filing dual taxes have been spooked. They are renouncing rather than complying with tax requirements already on the books.

- A growing compliance burden on international banks to report U.S. citizen-held accounts has led some banks to drop their U.S. clients (and presumably alarm some people trying to hide assets).

- Finally, there are huge penalties for failing to file taxes which are now much more likely to be enforced. The standard domestic penalty is $10,000, while Mitchel claims that a U.S. citizen with $1 million in retirement funds not filing taxes from overseas could face $2 million in penalties.

So despite the notion being en vogue right now, the idea that high tax rates are driving the richest Americans to "go Galt" in other countries doesn't hold a lot of water. Instead, the people renouncing their citizenship likely fall into two categories: retirees and expats with no intention of returning who weren't aware of reporting requirements, or people who never intended to comply with tax laws in the first place. In either case, this isn't tax revenue the government was going to get anyhow.

Other countries like China do have a problem with the richest citizens planning to pack up and leave — but most of those Chinese millionaires leaving are flocking to the U.S., Europe, Canada, Australia, and in fifth place, Singapore. Those coming to the U.S. in particular cite the education system and quality of life as big plusses.

And why wouldn't they? By international standards, the U.S. is a very good place to be wealthy. All told, the U.S. tax burden as a percentage of GDP racks up very favorably compared to other OECD nations:

Threatening to pack up your bags and move to Canada (or Singapore) is as American as apple pie. But even a cursory look at U.S. tax rates going back to the early 1900s shows that taxes are modest from a historical standpoint and lower than they've been since the early 1990s:

Meanwhile, the Treasury Department claims that those seeking to evade taxes won't be saved by turning in their passports.