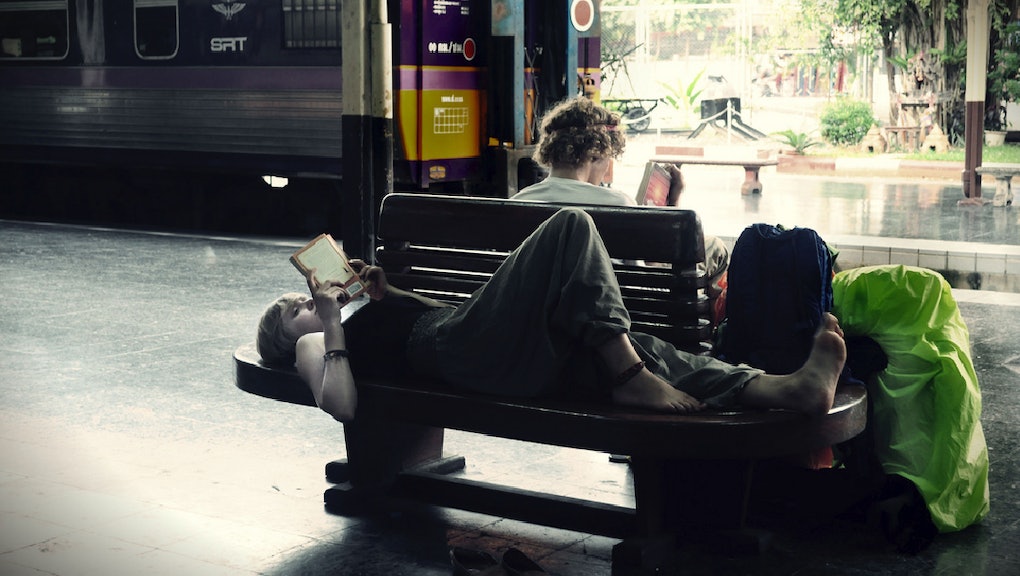 9 Books Every 20-Something Needs to Read in a Lifetime

Amazon released its "100 Books to Read in a Lifetime" last week, to much fanfare in the book community. In the words of the retailer, the comprehensive list of titles satisfies "a well-read life."

Lists are, by definition, exclusive creatures. Much of coverage surrounding this one has taken the form of crotchety hand-wringing over the exclusion of literary touchstones like Middlemarch, Huckleberry Finn and Anna Karenina. But, as far as big lists of books go, this one is refreshing: It's multi-genre (it even includes self-help), and many of the books on the list are aimed at children and young adults. Suzanne Collin's Hunger Games, J. K. Rowling's Harry Potter and John Green's The Fault in Our Stars are just a few of the books that, by Amazon's standards, deserved a spot on the list over Mrs. Dalloway or The Portrait of a Lady.

Of their decision-making process, Amazon Editorial Director Sara Nelson said, "One of our tasks was to have books that don't feel like homework: 'eat your vegetables' books ... There was nothing in there except 'I loved this book when I was 12 for this reason.'" (If you want a list of eat-your-vegetable books, go look at Time's or Modern Library's.)

In fact, Amazon's list could be even more current, even more representative of what millennial-age people read and what we consider "our" literature. Living a "well-read life," after all, doesn't just mean reading the greats. It also means reading books that connect us with the people, events and milieu of our time. Here are a nine books that would make Amazon's list even more representative of the contemporary literary moment:

1. 'The Flamethrowers' by Rachel Kushner

Kushner's National Book Award-nominated novel comes at a time when the potency and relevance of literature itself is up for debate. Not only does The Flamethrowers have the potential to reinstate one's faith in the project of fiction (it's that good), it also addresses important questions about art, artifice and the power of representation.

Say of Tao Lin what you will, but no other author so readily brings to mind the Millennial generation and its particular discontents. His most recent novel, Taipei, was his most widely-read and well-reviewed, but its themes will be familiar to anyone who's read his work before. Disconnection, disaffection and drugs abound.

Amazon's list has little in the way of experimental fiction, which isn't surprising; the list seems skewed toward enjoyable reading, and experimental fiction is usually anything but. House of Leaves is a rare exception — a novel that combines metafiction and typographical madness with honest-to-god good storytelling. It's also scary as hell.

By now, Smith's 2000 debut novel is something of a contemporary classic, and it's surprising not to see it included in the original list. Set in modern-day London, the novel paints a busy, brilliant picture of generational and cultural clash among two families and paves the way for stories set in our increasingly borderless, globalized world.

Strayed's memoir of extreme hiking in the Pacific Northwest has become required for reading for people "figuring it out" in their 20s. It's also helped to create a generation of nature obsessives. Call it the Walden of the 21st century.

6. 'Tenth of December' by George Saunders

Amazon's list is light on story collections. George Saunders' volume of twisted short fiction — easily the most celebrated book of 2013 — can fill the niche, while also lending the list some (pitch-dark) humor.

Nearly six years after David Foster Wallace's death we are still sorting out his literary legacy. What's indisputable is that his fiction and essays perfectly capture the hyperintellectualism, anxiety and giddy-morbid sense of humor that dominated the sensibility of the late '90s and early '00s. Reading Infinite Jest remains a rite of passage for would-be writers and literary types, and for good reason: Coming in at over 1,000 pages and with footnotes up to here, the novel ranks with Ulysses and Gravity's Rainbow as one of the most difficult written in English.

This collection of Lydia Davis' short (and often short-short) fiction includes stories spanning her debut, Break It Down (1986), to her next most recent, Varieties of Disturbance (2007). On the whole, the book feels super-contemporary. Davis' weird, funny and original stories prove that current writers are still reinventing the wheel when it comes to prose fiction.

9. 'Too Big to Fail' by Andrew Ross Sorkin

Amazon's list is notable for its inclusion of several general nonfiction titles, such as Bob Woodward and Carl Bernstein's All the President's Men and Rachel Carson's Silent Spring. What's missing is a comprehensive book about the defining political and economic event of our time — the recession that began in 2008. Andrew Ross Sorkin's Too Big to Fail is a highly readable chronicle of the events leading up to the historic financial calamity, the aftershocks of which we're still feeling today.