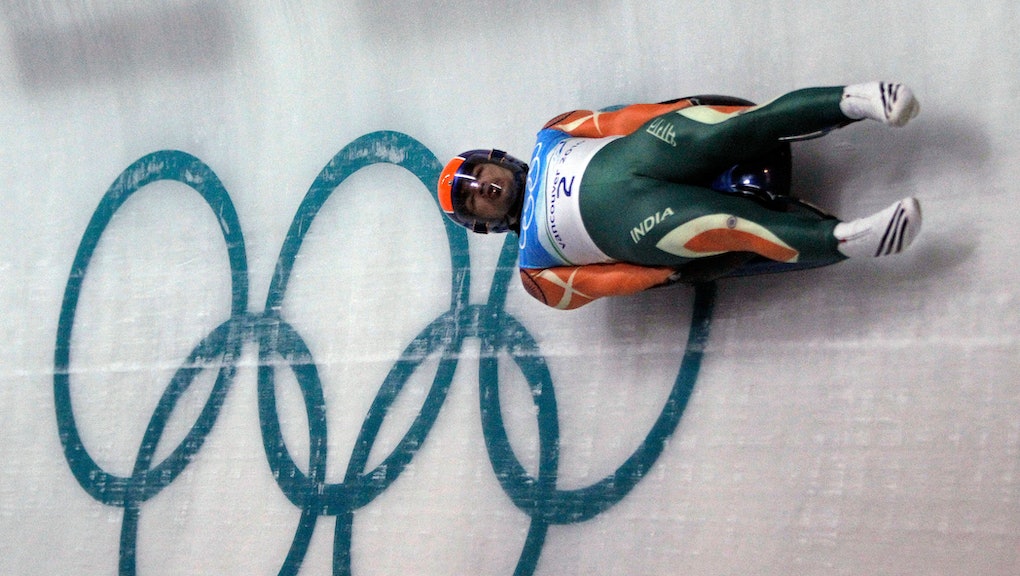 Why India Can Never Get It Together For the Olympics

At the 2008 Beijing Olympics, India had the lowest ratio of medals won to population of any competing country: one medal per 383 million citizens. But, before you start judging, let it be known that the Beijing Olympics marked India's best Olympic performance ever. So why has the world's second most populated country failed so miserably at the Olympics since 1900? How did India send 83 athletes to London 2012 and returned with no gold medals? How is it possible that the world's next "superpower" gets walloped in the medal tally by countries like Ethiopia, Kenya and North Korea?

In a country of 1.2 billion, you would think the Indian government could find at least one person who could win a gold medal. Apparently not.

But before you start calling India un-athletic, just think about those killer dance moves in Slumdog Millionaire:

Or look at our Commonwealth Games record — India took home an incredible 101 medals at the last games, making it one of the top medal winners. Or our cricket team.

The reason we just don't win anything at the Olympics is because we don't care enough to try.

Our sports facilities are awful. Stadiums are in disrepair, toilets are broken, dirt tracks cause countless injuries and we never switched from natural turf to the far more expensive synthetic turf when field hockey rules changed in the '70s. Athletes are notoriously underpaid, undertrained and undervalued. However this stinginess only stretches to all 41 sports categories in the Summer Games and 15 in the winter. Cricket and cricketers are, naturally, exempt from this.

Our cricket team is among the highest paid sports teams in the world. Its players, amongst the wealthiest in India, are treated like demi-gods.  They have been at the top of the cricket rankings for the last few decades, and were the winners of the ICC Cricket World Cup in 2011. Regarding viewership, sponsorship, revenue — cricket trumps the Olympics in India. The Board of Cricket Control for India is one of the most powerful sporting associations in the world, vastly exceeding the Indian Olympic Committee's power and financial capabilities. Cricket isn't just a sport in India — it's a religion. Until the Olympics start having cricket as an event, you can be sure Indians won’t care about the Olympics.

Some countries, like China, use the Olympics to create a rally-round-the flag effect. In fact, some sports psychologists claim is a correlation between Olympic performances and countries with strong central governments interested in fostering national prestige. The Indian government is too decentralized, too disorganized to galvanize national athletic talent and patriotism. Not to mention, we don't need the Olympics to unite us — we have the ICC Cricket World Cup, the Commonwealth Cricket Cup, the ICC World Twenty Cup and just about every cricket match against Pakistan to bring the country together. And trust me, nothing unites Indians more than hurling insults at Pakistan.

So when India was barred from competing in Sochi 2014 because the Indian Olympic Committee was too corrupt, did anyone really care? No. Far more Indians have their televisions tuned in to the India vs. New Zealand cricket game than to Sochi. And that would have happened with or without the ban. But just add cricket to the Summer Games and watch India miraculously get its act together, because what's pole-vaulting, skiing, curling or anything at all, compared to cricket?