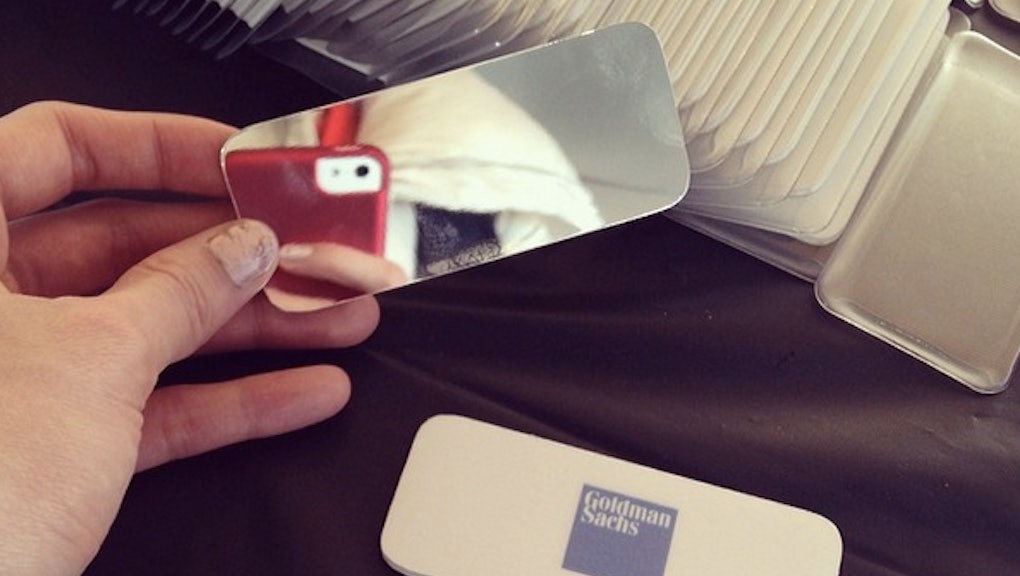 A weekend conference at Harvard University aimed at fostering women's interest in tech offered some major swag for attendees.

Unfortunately Goldman Sachs, the conference's biggest sponsor, included a cosmetic mirror and nail file in their gift bag, which was off-putting for some at the Women Engineers Code, or WECode, event.

It's debatable whether "sexy feminism" inheres in a mirror compact or a nail file, as one attendee shared on her Instagram account.

A Goldman Sachs spokeswoman said in a statement regarding the aforementioned items, "We are strong supporters of efforts to recruit and retain women in technology. We apologize if the gifts gave anyone offense."

Yet, "efforts to recruit and retain women" seems to be built on a strategy of marketing to women based on overtly simplistic, trans-historical, misogynistic gender stereotypes of women. Arguably, this campaign would be more successful if companies like Goldman Sachs took a moment to consider the type of women in tech careers, and worked to increase gender parity. Playing into stereotypes is not the way.

Sexism is not a sustainable business strategy in the t21st century.

Google, another conference sponsor, seems to understand this. Its less offensive swag bag, which included brand-stitched, feminist socks, was smartly fashioned with the techie girl in mind.

Plus, who doesn't like to be comfortable while coding?