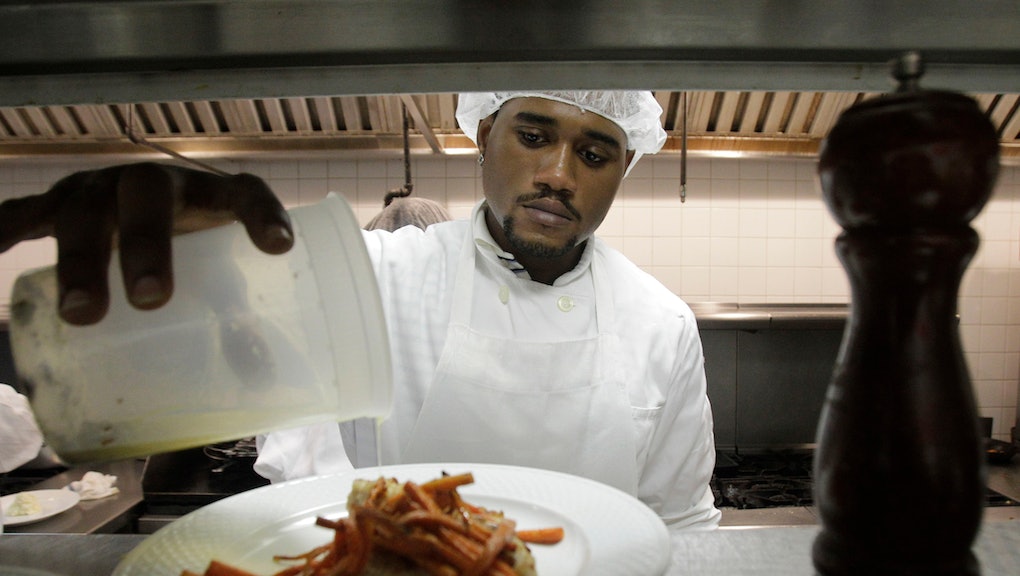 2 Million Americans Are Paid Less Than Minimum Wage – Is Your Waiter One of Them?

There’s been a lot of talk lately about raising the federal minimum wage to $10.10, but there’s a segment of workers that, until recently, has mostly been left out of the discussion. Tipped workers are allowed to be paid a base wage less than the federal minimum of $7.25 that most people are familiar with. And according to a Pew Research Center analysis, many are.

The Pew Research Center examined Bureau of Labor Statistics data and found that about one and a half million Americans earned the minimum wage in 2012, but nearly two million people [1,984,000] earned an hourly wage that was even less than $7.25 an hour.

How is this possible? For various reasons, a few types of workers are exempted from the minimum wage requirement of the Fair Labor Standards Act (FLSA.) Among them are certain disabled workers, full-time students in industries like higher education and tipped workers. The base pay rate for tipped employees in states like Indiana and Wyoming is just $2.13, which is the federal minimum and has been for 22 years.

The rationale for the law is that customers will make up the difference in tips. Indeed, federal law demands that tipped employees earn at least the federal minimum wage of $7.25 when tips are taken into account. And so while the idea isn’t baseless — the median wage for food and beverage service workers in 2012 was actually higher than the minimum wage at $8.84, which indicates that the tipping system isn’t completely broken — it might not be ideal.

Cornell professor Michael Lynn, a leading researcher on tipping who has written more than 50 academic papers on the subject, thinks it’s bad practice. So bad, in fact, that he wants tipping banned. Since tips are often pooled among an entire restaurant’s staff, it means that kitchen workers are often dependent on the waiter’s service quality for compensation. He's also found that tipping is racially discriminatory.

In response to outraged service workers trying to get by on just a few dollars per hour, President Obama has called for substantially increasing tipped workers’ base wages to around $7 an hour, which is currently the federal minimum for all occupations. Is it past time for a change?

Editor's note: the headline has been changed from "earn less" to "paid less" to reflect an important distinction in the law.