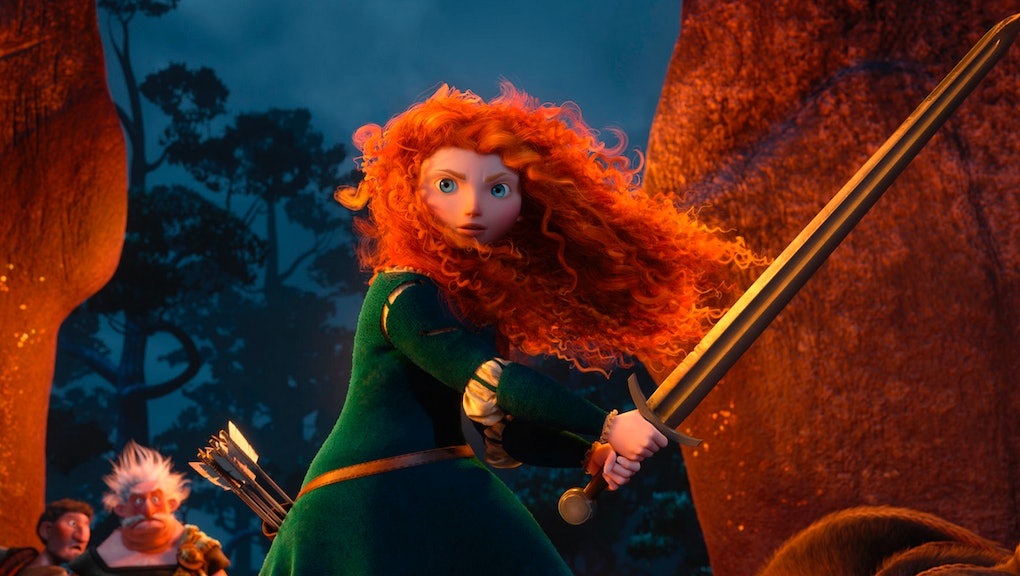 5 Great Reasons Modern Women Should Celebrate the Death of Chivalry

But if chivalry really is dead, we should be saying good riddance.

In the Middle Ages, the chivalric code referred to helping anyone in need, regardless of gender. But as far as our generation is concerned, the term typically refers to men's preferential treatment of women.

Now, fun as it might sound to live in a world that constantly handles you with kid gloves, this sort of benevolent sexism actually doesn't benefit anyone — men or women. Treating women this way only preserves a uneven gender dynamic wherein men are dominant, women are vulnerable and everyone's expression is restricted by meaningless ideals dictating how "real" ladies and gents should behave.

Chivalry and civility are not yet synonymous, and we will never achieve true social equality so long as women are thought of as uniquely pure, delicate or needy, nor if we're granted respect primarily on the basis of womanhood (as opposed to personhood).

Here are five reasons to celebrate the fact that men just ain't what they used to be.

Chivalry can seem harmless because it stems from a desire to protect, but its inherent attitudes — that women are weaker and less capable than men — are built upon regressive gender stereotypes. Physiological differences between men and women actually aren't as striking as many believe, and besides — there's nothing particularly strong or brave about opening a door, paying for dinner or pulling out a chair in the first place.

But the oppressive dynamic created under this guise of politeness easily bleeds into other aspects of women's lives, and ignoring even these small instances of sexism can set the stage for more blatant forms of discrimination. As one Forbes columnist writes, "If your girlfriend is too 'delicate' to change a tire, is a female manager too 'weak' to run your board? And if you believe that he should pay for dinner, are you more willing to accept a lower salary?"

Plus, the entire concept of "ladies first" suggests that women are more important and less disposable than men.

Benevolent sexism doesn't "reward" all women; it's a heteronormative, cissexist system that rewards only those whose gender identity aligns with current norms (most specifically, as they relate to modesty, loyalty and purity). And while there's not necessarily anything wrong with identifying as traditionally feminine, there is something very wrong with a system that penalizes those who don't — just like there's something wrong with a system that expects "real" men to be stoic providers and protectors.

Adherence to gender roles makes a flimsy foundation for respect, because it becomes moot as soon as a woman stops acting like a lady (and, ironically, more like a stereotypical dude).

3. Women don't belong on a pedestal.

Women aren't angels any more often than men are hapless oafs. And viewing women as the "fairer sex" is neither respectful nor flattering. It's sexist pandering that homogenizes women's personalities, evaluates us based on prized patriarchal qualities like submissiveness and beauty and, most importantly, quickly devolves into anger, slut shaming and victim blaming as soon as a woman steps off the pedestal.

Because chivalrous intentions align with angelic identity, reaping the so-called benefits of chivalry also means dealing with the repercussions when women fail to live up to the sexist expectations that such a system requires; those who graciously accept paternalistic help are "ladies," while those who try to do things on their own — or perhaps who just don't greet unasked for assistance with due reverence — are "bitches," and suddenly no longer worthy of common courtesy.

The intention of chivalry may be to make a woman feel special, but this kind of benevolent sexism has actually been shown to make women feel worse about themselves. This is because it reminds a woman of her expected place in society.

One study found that witnessing an act of chivalry resulted in a group of women feeling "a stronger sense of shame about their bod[ies]. ...  [T]he group that saw [a man's] act of 'politeness' examined their bodies more to see how they compared to cultural standards of beauty and felt shame about not fitting into what society says women should look like."

5. Respect has no gender.

None of this is to say that we should suddenly treat the women in our lives like dirt, or even that chivalry in the broader notion of selfless kindness is wrong. But in practice, we have yet to separate the term from it's very gendered connotations. And if the main reason you treat a woman with respect is just because she's a woman, you're doing it wrong.

Courtesy is not a gentleman-exclusive trait. So if you see a pregnant or elderly woman on the train, by all means give her your seat. If you see a woman struggling with arms full of groceries, please do hold the door. Just don't slam it in the face of the man behind her, and don't get offended if a date prefers to split the check.

Because this isn't chivalry — it's just being a decent human being.