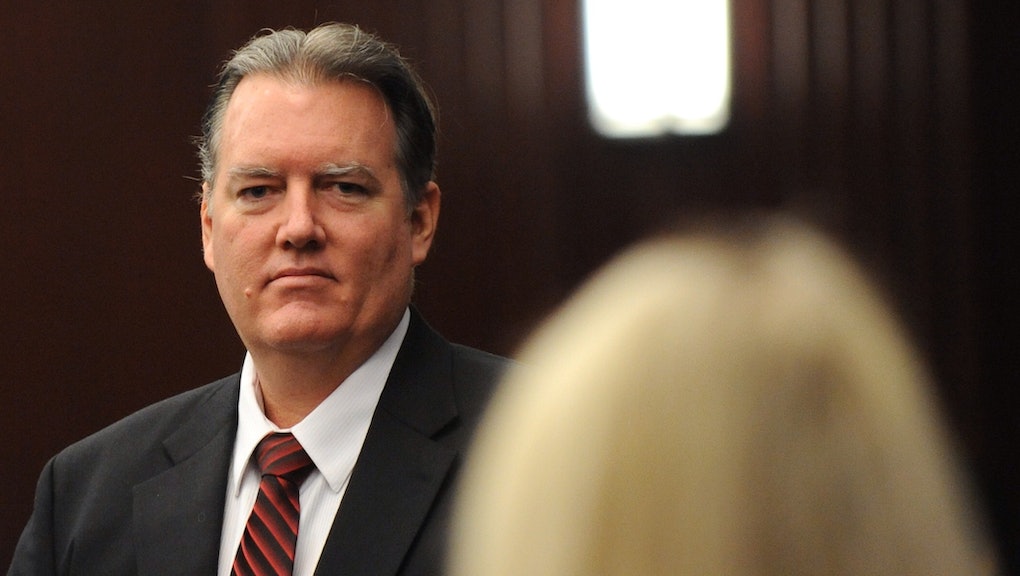 Michael Dunn Verdict Will Expose a Disturbing Truth About America

Michael Dunn, a 47-year-old white man is on trial for killing Jordan Davis, an unarmed 17-year-old black youth after Davis reportedly ignored requests to turn down the loud music in his car. Although some have cautioned against comparing the Michael Dunn trial with the George Zimmerman trial, the similarities are far too glaring and important to ignore.

The most important being this: our legal system in many states incentivizes people to shoot first. When you combine Stand Your Ground laws with the implicit racism that still permeates American society, we end up with tragic events. Recognizing this disturbing reality is the first step in changing it.

In case you've forgotten, 6 months ago, George Zimmerman, a 30-year old Florida man was on trial for killing Trayvon Martin, an unarmed 17-year-old black teen, after Zimmerman reportedly pursued Martin because he thought he looked suspicious. Zimmerman was later acquitted using Florida's controversial Stand Your Ground Law, claiming that he feared for his life and had killed the unarmed Martin in self-defense. Meanwhile, Dunn maintains a similar defense, that he thought Davis was carrying a weapon and responded by firing at him. The verdict in the Michael Dunn case is expected on Thursday.

For me, the biggest question in both cases remains, "Why were two armed men so threatened by two unarmed youths that they initiated altercations and killed them?"

Let's start with the fact that George Zimmerman and Michael Dunn both owned guns that they acquired legally, and used them because they had them, not because they needed them. First, Zimmerman pursued Martin, ignoring police, because he found him suspicious. Similarly, Dunn initiated the altercation with Davis, because his rap music was too loud. Logically, I would assume that if both men feared for their life, they wouldn't engage. Perhaps the fact that they were carrying a weapon, inspired a sense of false confidence? Maybe, if neither Zimmerman nor Dunn been carrying a gun, neither of them would have decided to approach Martin or Davis. Sadly for everyone, that was exactly what happened.

Shawn Atkins testifies in the trial of Michael Dunn in Jacksonville, FL. Atkins provided an eye witness account and the license tag of Dunn's car to police.

Second, Zimmerman and Dunn lived in a justice system that largely incentivized them to use their guns first, and think about the consequences of using them later. Florida's Stand Your Ground Law grants immunity from criminal and civil charges to anyone who uses deadly force, if they can show that they had a reasonable fear of imminent bodily harm or death without to at least attempt retreat before firing. Couple this with the ability to easily acquire a gun, and why wouldn't you engage? The same judicial system that allowed Zimmerman and Dunn to acquire their guns, was now telling them that they had free reign to use them if they really needed to (and, judging by the degree to which the Stand Your Ground defense has been used effectively, really needing to use them was easily bended to fit the given situation).

In 2008, during the financial crisis, many experts talked about "Moral Hazard", the idea that bailing out the big banks would incentivize them to continue taking the same risks in the future. Personally, I would argue that moral hazard exists in Stand Your Ground, which encourages citizens to shoot first, knowing that the law will likely vindicate them later.

Lastly, both men were most likely, to some degree, threatened by racial stereotypes.

Regardless of the upcoming verdict, the Michael Dunn and George Zimmerman incidents both ended in the death of two unarmed people, and it's pretty clear who the victims are.