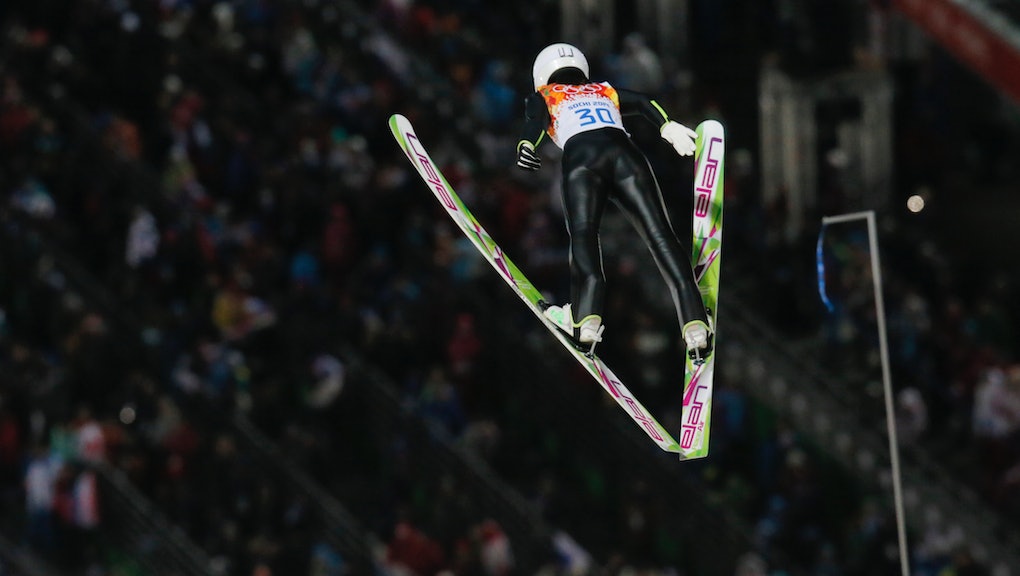 The Story Behind the Olympics' Outrageous Sex Testing

In the period leading up to the Olympics in Sochi, critics pointed out that Russia's treatment of the LGBQT community violates nearly every aspect of the Olympic charter. Though there were calls for boycotts, supporters saw the Olympics as an important opportunity to promote LGBQT rights. Yet the International Olympic Committee (IOC) has problems of its own. Despite its commitment to the promotion of human dignity, the IOC continues to enforce rules for sex testing. These policies undermine female and LGBQT athletes, contradicting the IOC's commitment to the practice of sport as a fundamental human right.

Sex testing in major sporting events dates back to the pre-WWII era. The tests at this stage were crude "nude parades" that required female athletes to strip down so that their bodies could be inspected. Over time, attempts at more precise tests were made, but each proved to be an inadequate method of determining sex. Shortly before the summer Olympics in 2012, the IOC took another stab at wrestling the definition of sex down to a single factor, announcing that it would be adopting an androgen-based (specifically, testosterone) sex test. Women with hyperandrogenism, or naturally elevated testosterone, can now be disqualified from the women's competition.

Yet testosterone alone can't account for differences in performance. In fact, women who are unresponsive to testosterone are overrepresented at the elite level. Given that there's little evidence to support the effect of testosterone, it's unclear why the IOC has singled out naturally elevated testosterone in women. Even if testosterone does confer a natural advantage, why should it be treated differently from greater height or lung capacity?

The answer to this lies in part with the second issue with the test: It's inseparable from normative assumptions about male, female and the social characteristics that determine them. Critics have pointed out that testosterone levels are a pretty murky and folkloric way of determining sex. Since there is no "normal" amount for testosterone set by the IOC, other factors — among them an athlete's physique — are used to indicate whose testosterone levels are too high. In other words, the characteristics that might lead to a female athlete being disqualified for elevated testosterone — deep voice, smaller breasts, growth in muscle mass — are tangled up with stereotypical western notions of femininity.

A major risk of the policy is that it will encourage the exclusion of female athletes deemed "too masculine," in turn enforcing a gender divide that undermines female and trans-gender athletes alike. Sex-testing policies are justified by the need to "protect" women in the name of fair competition, either from fraud by male athletes, or from testosterone-fueled superwomen. The history of elite sport has shown neither of these threats to be significant. What is, in fact, being protected are notions of masculine and feminine, at the expense of non-gender conforming and transgender athletes. As a high-profile sporting event, the Olympics have the potential to challenge conventional understandings of gender. The Olympics should be breaking down barriers, not adding fuel to the gender-bashing by athletes, coaches and fans that continues to mar women's sports.

Despite the best efforts of Vladimir Putin, the Sochi Olympics, like pretty much every Olympics ever, have been about more than sport. With the conversation in Sochi dominated by the treatment of the LGBQT community, it is important to acknowledge the ways in which Olympic institutions themselves fail to promote inclusiveness and respect of LGBQT athletes, as well as female athletes more broadly. The Olympic Charter stipulates that every person should be free to practice sport without discrimination; allowing athletes to define their own gender without being subject to invasive sex-testing is as essential aspect of this.