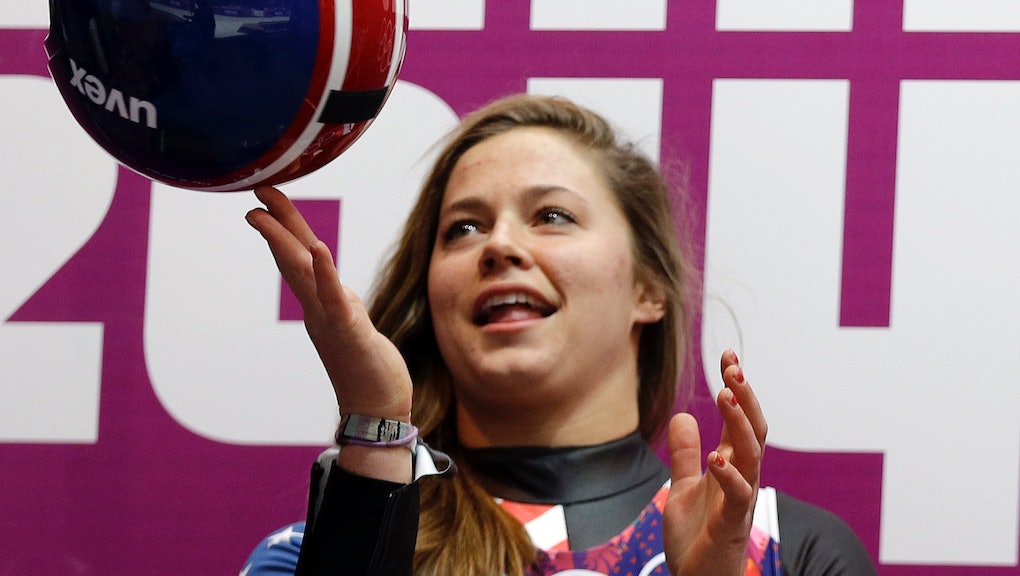 Well, it's official: Team USA Luger Kate Hansen has official developed the most awesome way to warm up for a competition — rocking out to Beyoncé. Because of a broken foot, Hansen can't warm up in the traditional way, but has found that dancing works perfectly for her. Yeah, it's pretty awesome.

Hansen didn't manage to medal, but placed in the top 10 and was pretty happy with herself. Beyoncé was impressed too.

And it seems the trend has spread to some other members of Team USA. America's Erin Hamline won the bronze medal in the women's luge on Tuesday — the first American to ever win an Olympic medal in singles luge — and took to Instagram to show her appreciation for her teammate Hansen.

But of course, whenever something awesome happens, for whatever reason, not everyone's going to be a fan. One NBC commentator in particular did not approve of Hansen's awesome warm-up.