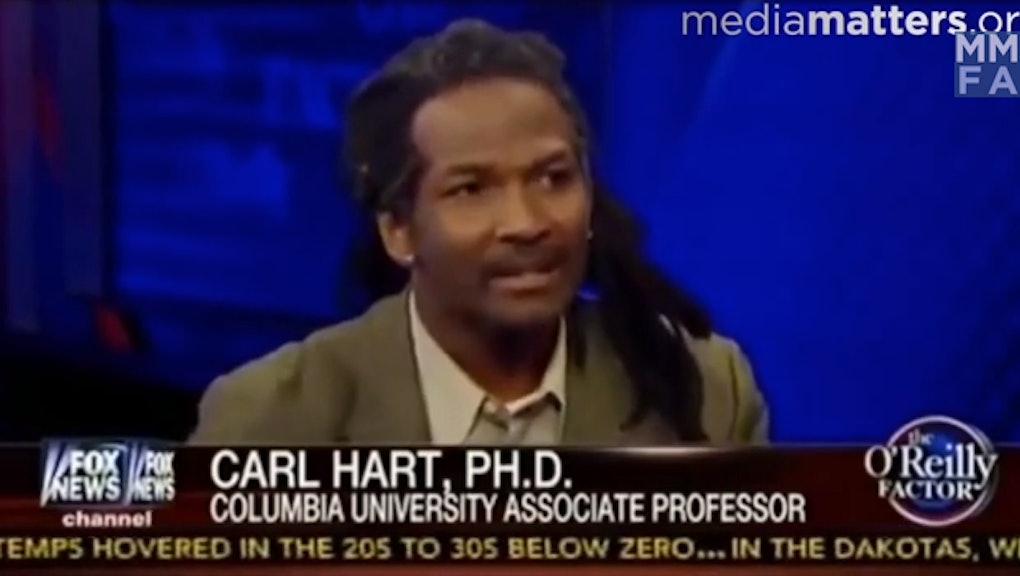 We're all familiar with the way partisan media outlets like Fox News and MSNBC use politically charged rhetoric and cherrypicked evidence to frame debates for their audiences. The politicization of news reporting occasionally gets so out-of-hand that reporters or news anchors use factually incorrect or misleading information to support their message.

Media Matters, a non-profit progressive research center that devotes itself to "correcting conservative misinformation in the U.S. media," compiled the five best instances of a Fox News guest having to correct a Fox News host for misleading the audience. (It's a good thing they were there!)

O'Reilly: "Not the number I just gave."

Hart: "Well, your number is wrong."

O'Reilly: "Take it up with the National Institute of Health."

Hart: "Look, I am a councilmember on the National Institute of Health. Your number is wrong. I'm telling you it's 22%."

It's not just anecdotes that illustrate Fox News' bias: Several studies have confirmed it. However, while the "Fair and Balanced" network is renowned for being a particularly egregious offender, it is far from the only misleading news source. In a 2012 study, Farleigh Dickinson University's PublicMind found that regularly watching either Fox News or MSNBC makes viewers less informed on international issues than those who don't watch cable news at all. The same study found that on domestic questions, CNN and MSNBC viewers are similarly well informed as non-cable news viewers (while Fox viewers are significantly less well-informed than any group.)

Luckily, fact-checking organizations like Media Matters, FAIR and Accuracy in Media, a conservative counterpart, as well as shows like The Daily Show seem to be doing a good job of working to keep them in check.