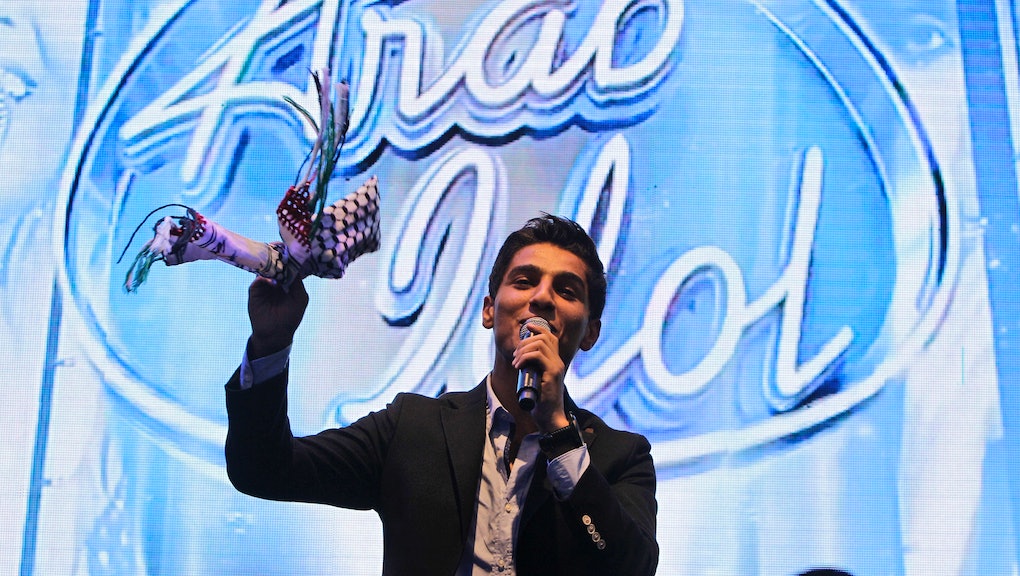 Palestinian Arab Idol Gets Booted From World Cup, and Shakira's Response Was Perfect

Palestinian Arab Idol winner Mohammad Assaf says he has been banned from performing at the World Cup opening ceremony this summer — and that Shakira is boycotting.

He said at a press conference earlier this week that he was supposed to sing at the show kicking off the FIFA World Cup in Brazil, but that because of some "countries" or "groups" — no one was specified — his record company was told this won't happen after all. He also said that Colombian superstar Shakira, who sang the 2010 World Cup anthem "Waka Waka," has refused to perform at the ceremony because of it.

Assaf rose to fame last year when he won the regional singing competition Arab Idol, and was especially lauded for his performances of traditional Palestinian music:

In the process, he gained some high-profile fans. FIFA President Sepp Blatter visited Palestine last summer, and said he would invite Assaf to sing at this summer's World Cup.

It was reported then that Assaf and Shakira might sing together in Brazil, but now it appears both will be staying away from the festivities.

Assaf, a former wedding singer, has become somewhat of Palestinian hero; when his victory was announced, people in Gaza and Ramallah poured onto the streets in celebration.

In addition to singing patriotic Palestinian songs, Assaf has made political statements on a number of occassions: "We are searching for our rights, for peace, unity and the end of the occupation and illegal Israeli settlements," he said to the New York Times in December.

But Assaf's popularity, which has made headlines abroad, has also drawn criticism.

In an email complaining to Secretary of State John Kerry, Israeli Prime Minister Benjamin Netanyahu said that Palestinian children are "educated to hate Jews, while Palestinian officials continue to call for their deaths." He also included a link to one of Assaf's performance of ali al-keffiyeh, a Palestinian folk song.

"We are not aware of the Arab Idol. Details concerning the official ceremony are still being defined," a FIFA representative said to PolicyMic in response to his comments.

The 2014 FIFA World Cup has attracted serious criticism for the high costs to the public purse, the lack of transparency and the unsafe conditions at building sites, which have seen workers lose their lives. The dissatisfaction culminated last summer with widespread demonstrations, during which police targeted journalists and protests. Brazilians have also taken to the streets more recently, and authorities have "embraced measures aimed at containing protests.”

It remains to be seen whether this will become yet another controversial issue FIFA and the organizing committee have to answer to in the 119 days left until the World Cup kicks off.