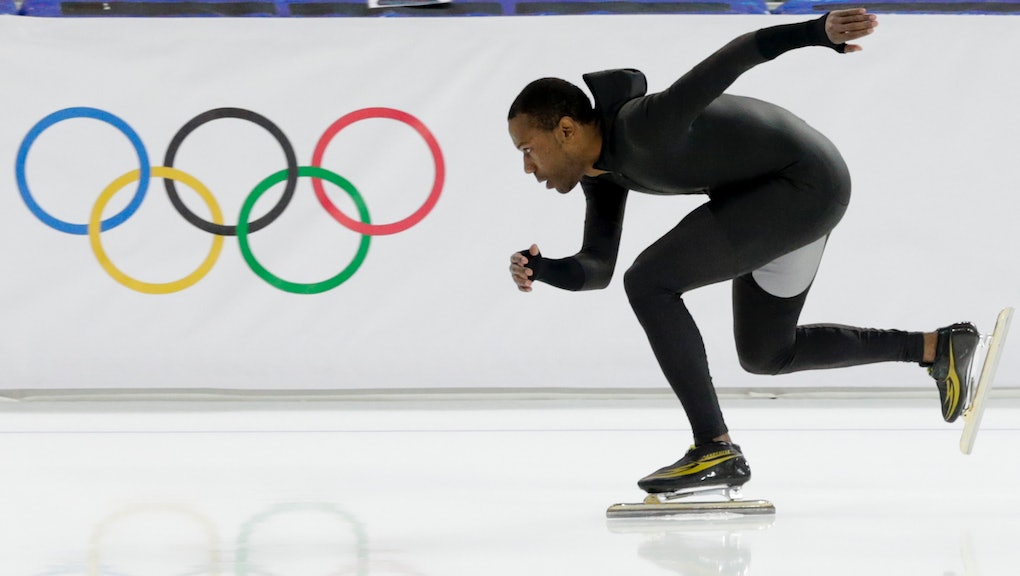 They say a bad workman blames his tools, but for the U.S. Olympic speedskating team, they might actually have a point. In more than half of their races, U.S. skaters haven't medaled: Odds-on gold medal favorite Shani Davis finished eighth in the 1000m. Heather Richardson, the top-ranked women's skater, finished seventh in her 1000m. Brittany Bowe, the world record holder, finished eighth. Brian Hansen, who is the U.S. champion in the 1500m, and took second place in the U.S championships 1000m in 2013, finished ninth in the 1000m.

When these disappointments started adding up, fans, analysts and Team USA looked everywhere for answers, and a lot of people arrived at the same conclusion: poorly designed racing suits.

Designed in a partnership between Under Armour and Lockheed Martin, the suits were intended to be the most technically advanced and aerodynamic ever.

"By partnering with Lockheed Martin we brought in an organization with 60,000 engineers," Kevin Haley, Under Armour's senior vice president of innovation told SI.com. "Although we don't need all 60,000, they have the right experts to do modeling and fluid dynamics off motion-capture filming. There is a level of expertise and brain power that has never been dedicated to a uniform before [...] Speed skating, we think, will be faster than anything that has ever come before."

Unfortunately, not only were these suits not the fastest ever, but they seemed to have created considerable disadvantages for their wearers. According to a report in the Wall Street Journal, sources familiar with the U.S. speedskating team said "Vents on back of the suit, designed to allow heat to escape, are also allowing air to enter and create drag that keeps skaters from staying in the low position they need to achieve maximum speed, these people said. One skater said team members felt they were fighting the suit to maintain correct form."

Several skaters sent their suits to an Under Armour seamstress for small modifications, but the changes barely made any difference and the race results were just as bleak.

Of course, not everyone was so ready to blame the suits.

"I would like to think that it's not the suit," said Davis. "I would never blame the suit. I'd much rather blame myself. I just wasn't able to do it today, but other people were."

The U.S. Team is currently appealing to the IOC to wear different suits, but since every team member must wear the same one and not every racer brought theirs, this could be an issue. On that same note, Davis was denied using an alternate suit he'd brought to Sochi.

And what about the PR fallout? Haley maintained that the suits were fast but, in the absence of medal-winning performances, said "we'll move heaven and earth to make them better." It's a good thought, but if it truly turns out that Under Armour costs Team USA a number of medals, there could certainly be some serious backlash among the Olympic and athletic community.